The Welder Series Universal Rear Step Notch Kit is easy to assemble and install. The pieces fit together using alignment tabs to make clamping and welding a breeze. Now available in two widths: 2-5/8″ and 3-3/8″.

Typically used in the custom car, truck and mini truck market to drop the frame past the rear axle. Two widths available: 2-5/8″ and 3-3/8″ wide outside. 6-1/2″ from the top of the original frame to the top of the notch. Made from 3/16″ pickled and oiled mild steel.

The notch depth will vary, depending on how tall the frame rails are, and what sweep the original frame rails have. The S10 we used for our installation article below, for instance, has 4″ of axle clearance with 18″ wheels when the frame is laying on the ground. 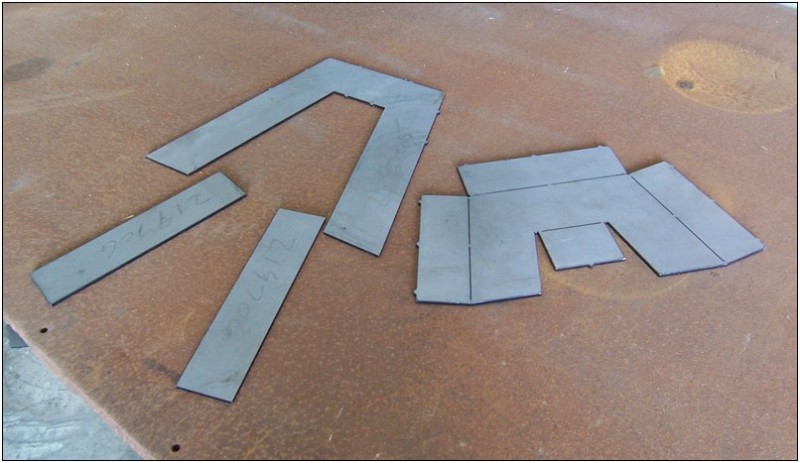 These are the pieces required for one side (the kit includes enough plates to notch both sides of one frame). The plate on the right is the outside/top/bottom (you’ll understand soon), while the top left plate is for the inside and the two rectangular plates are the inner boxing plates. 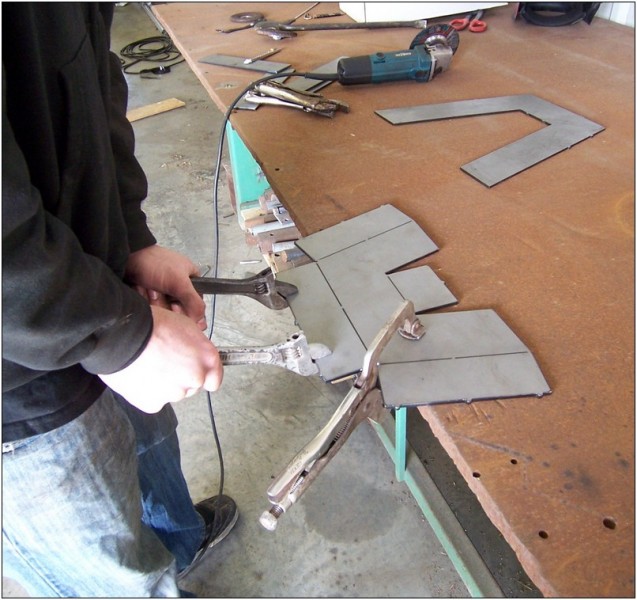 Did you notice the four lines on this plate? Those aren’t just reference lines to tell you where to bend, they are actually laser-cut slits right through the 3/16? steel. At each end of the slits (and in the middle of three), there are ‘bridges’ where the material is not cut through. These material ‘bridges’ are all you’re bending, and they will hold the angle while you check it for square. All you need to bend the plate are a couple of adjustable wrenches and a table or vice. 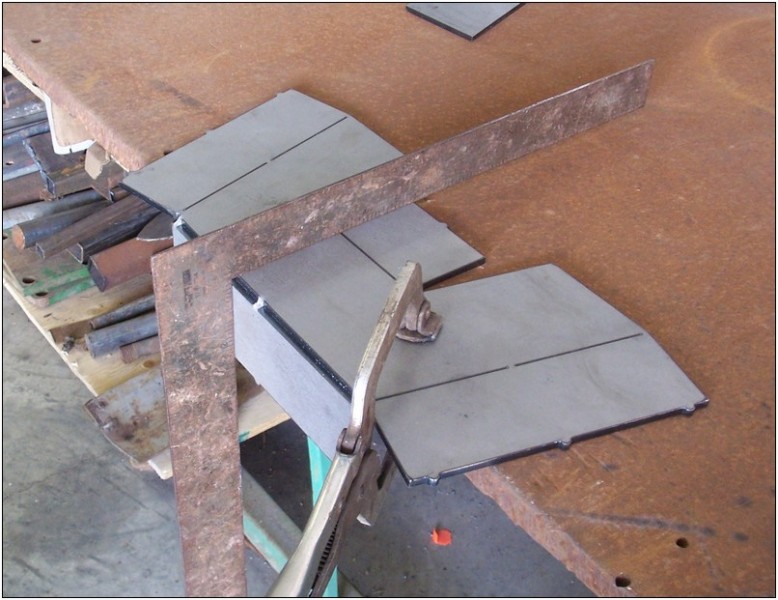 With the plate clamped to Jeff’s bench, he folded it to about 90 degrees and then double-checked the angle with a square. 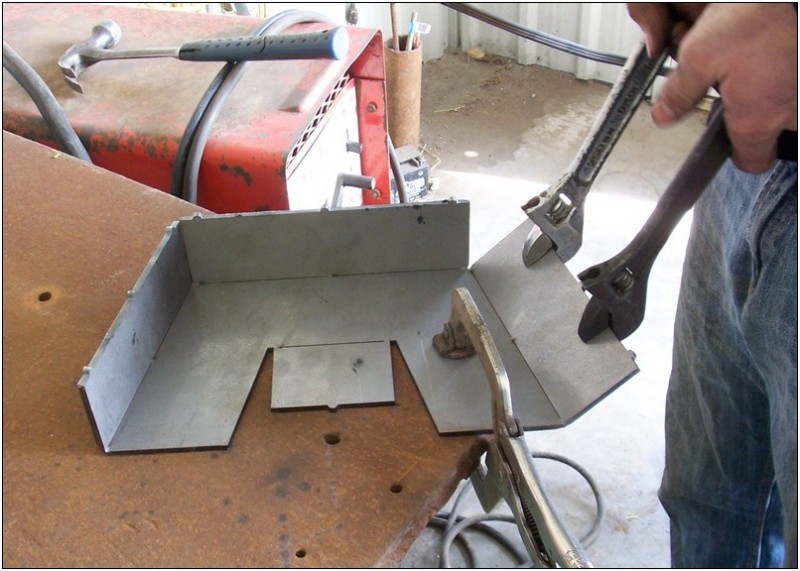 In this picture, you can see how the plates are bent to a perfect corner-to-corner alignment, which is ideal for welding. You can now see how the flat plate has been transformed into the top, front, back, outside, and bottom! Also, notice the tabs on the open end of the notch… 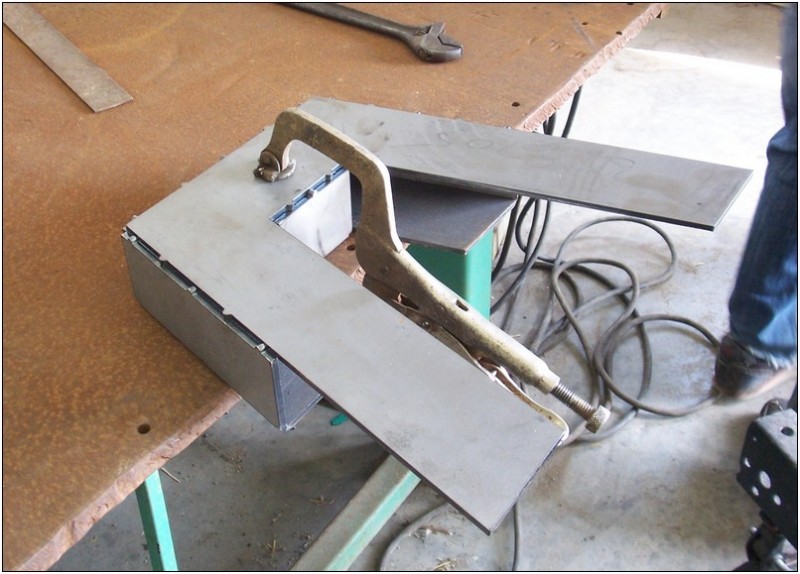 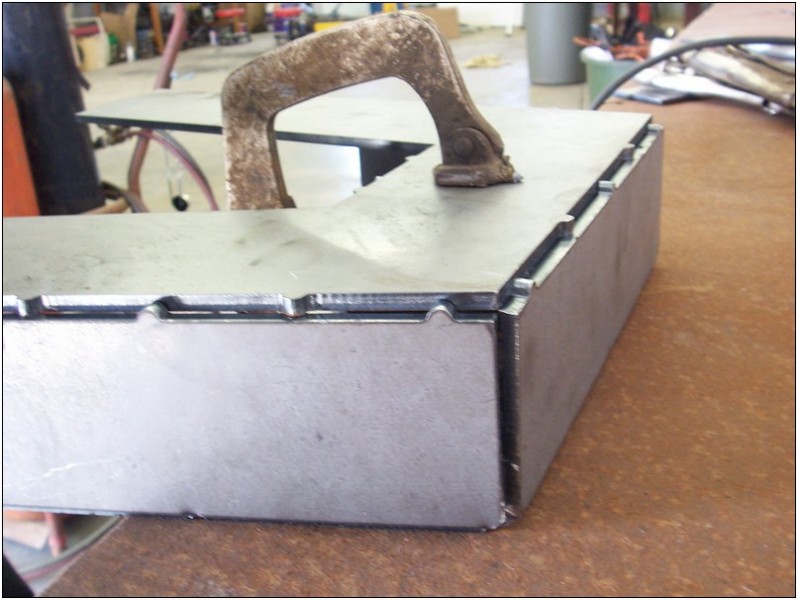 … they are also on the inside plate, which allows you to clamp the pieces together corner-to-corner. 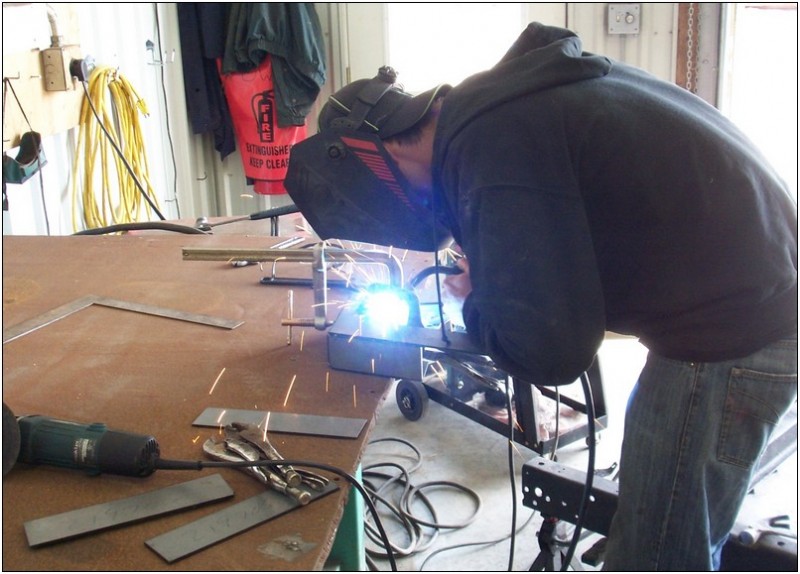 Jeff started welding the corners with his MIG. If you wanted to grind the weld smooth, this would be the time to do it. Jeff decided to run it as-is. Another advantage of an inside corner to inside corner weld is the option to grind it and still have lots of weld left. Now it’s time to move over to the frame. This truck had C notches from a previous life, so we’re going to have to work around them for now. You can see the plate on the outside of the frame rail which was a part of the old C notch kit. It will eventually be removed. 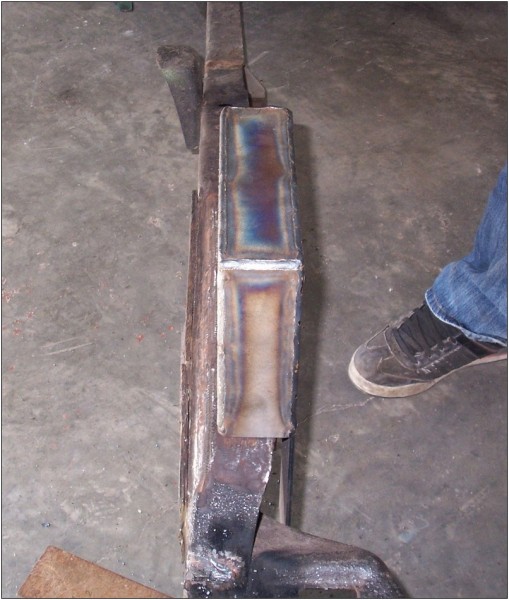 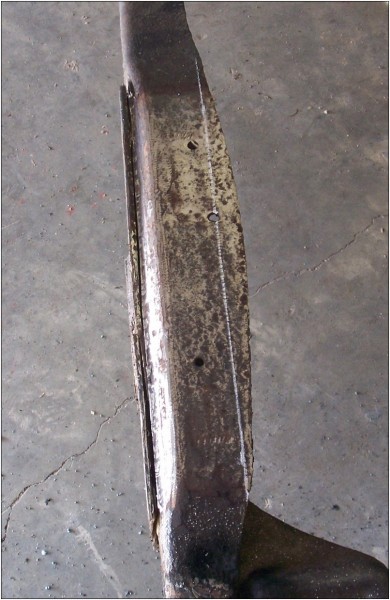 Jeff marked a cut line to straighten the top flange. 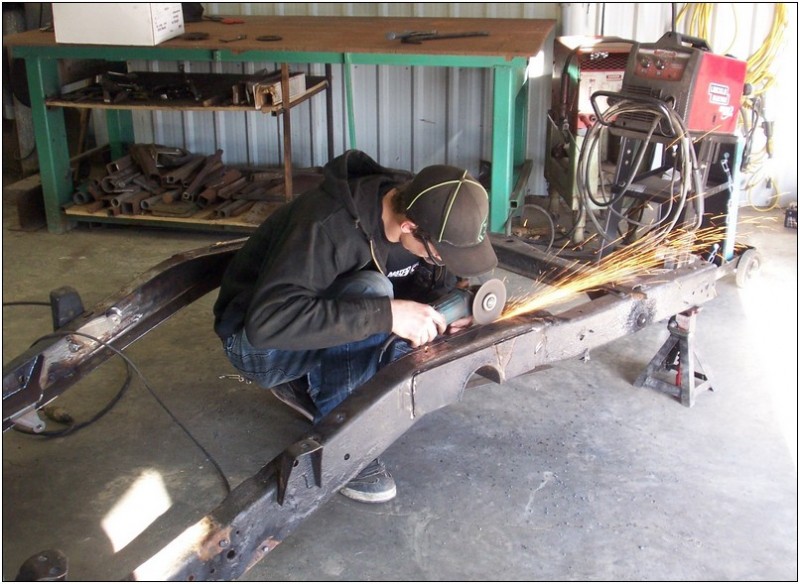 He used a cutting disc for the job. 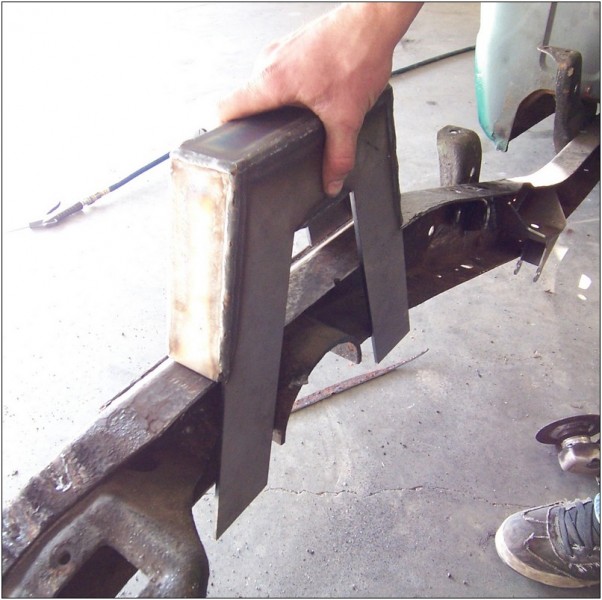 The welded notch was positioned on the rail, and the bottom of the inside plate was marked and trimmed to fit based on the curve of the frame rail. 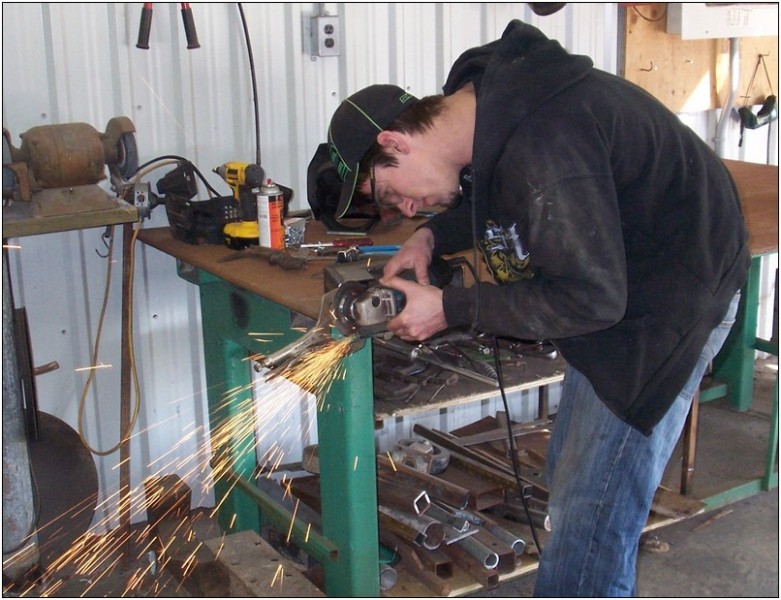 On the S10 frame, the top outside corners aren’t a sharp radius – instead, they slope down to the outside about 3/8? from the edge. Jeff trimmed the front and back of the notches to let the outside hang down to fill the gap. 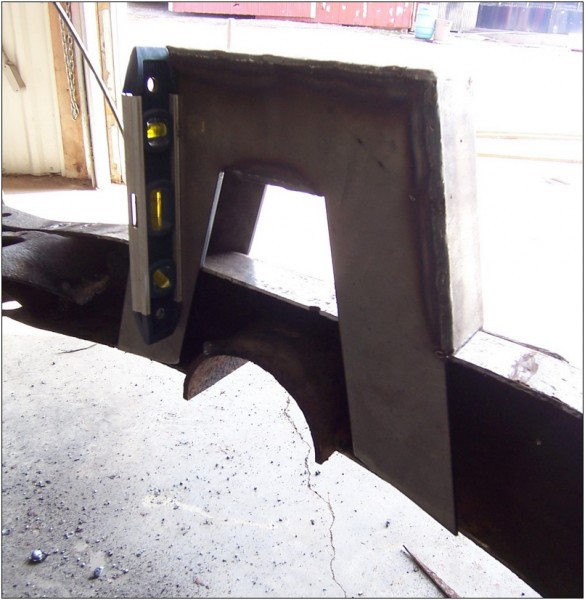 After trimming the bottom of the inside plates, Jeff leveled the notch and ran a bead along the front and back. 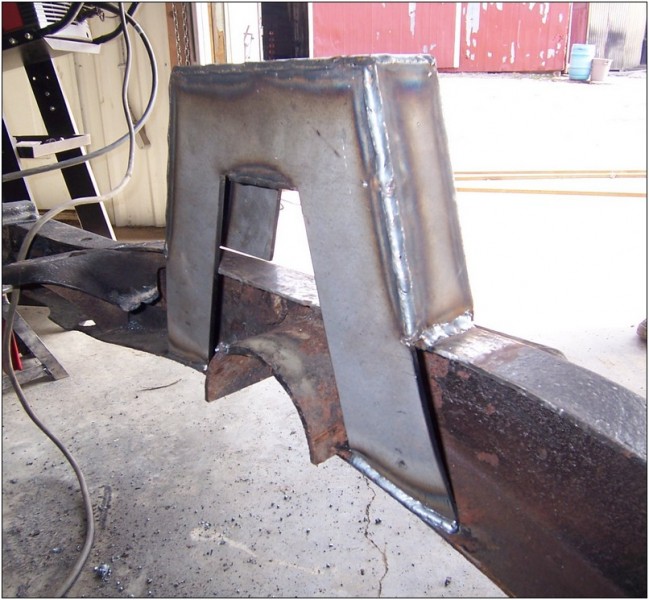 To make it easier to weld, Jeff bent the plates slightly so they rested on the lower flange. 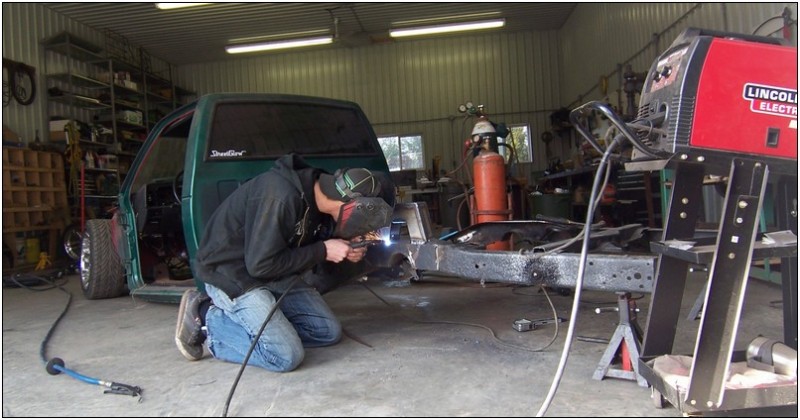 Jeff welded the notch in place. Notice the C-notch is still there – we’ll deal with that in the next step. 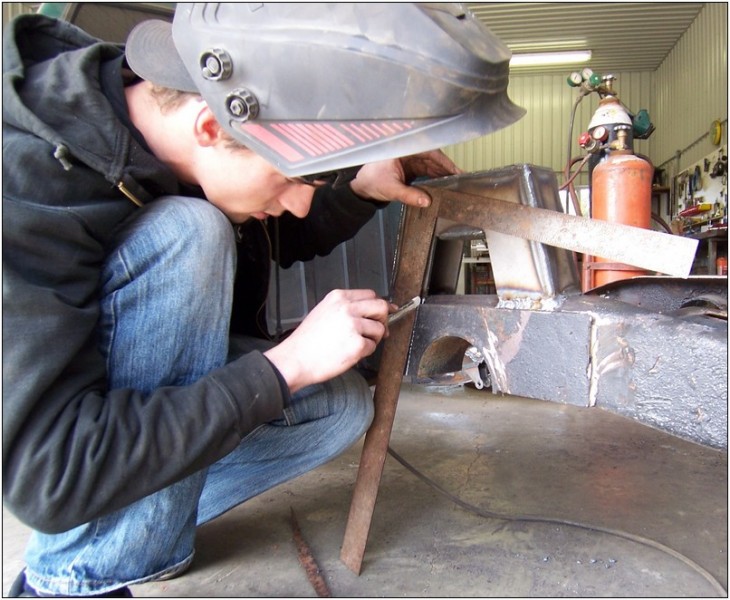 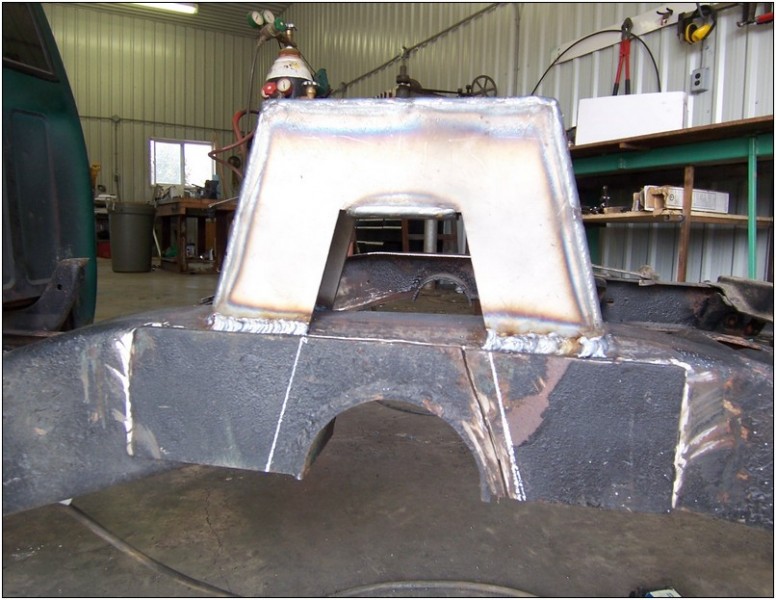 Extend the lines of the inside of the notch down onto the rail. 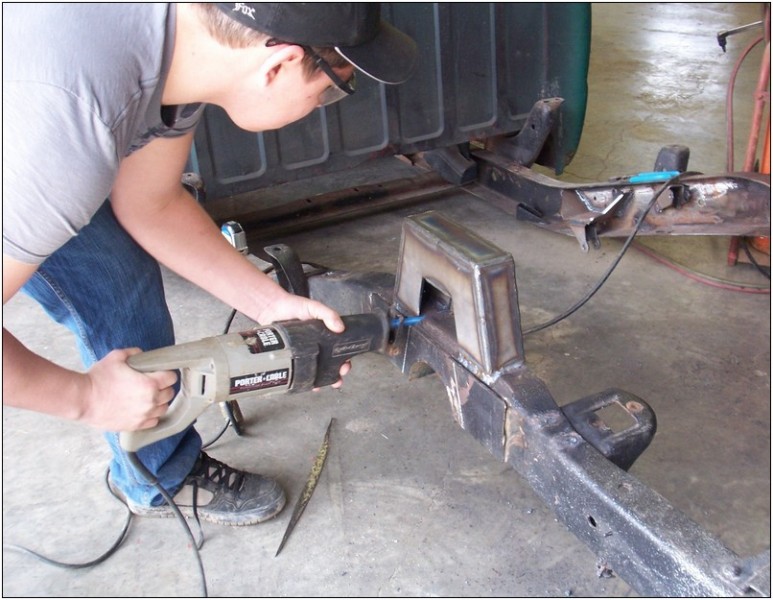 There are many ways to cut the frame rail. Jeff chose a reciprocating saw and his friend Rob. 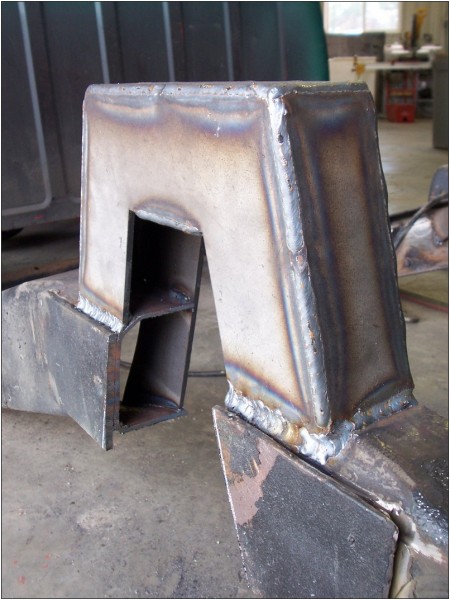 The next step is to box the rails with the included boxing plates. In this picture, you can see how Jeff welded the top and bottom flanges to the inside plate, as well as the leftover plate on the outside of the rail from the previous C-notch. Once this plate is removed, the Welder Series step notch will be flush with the outside of the frame. 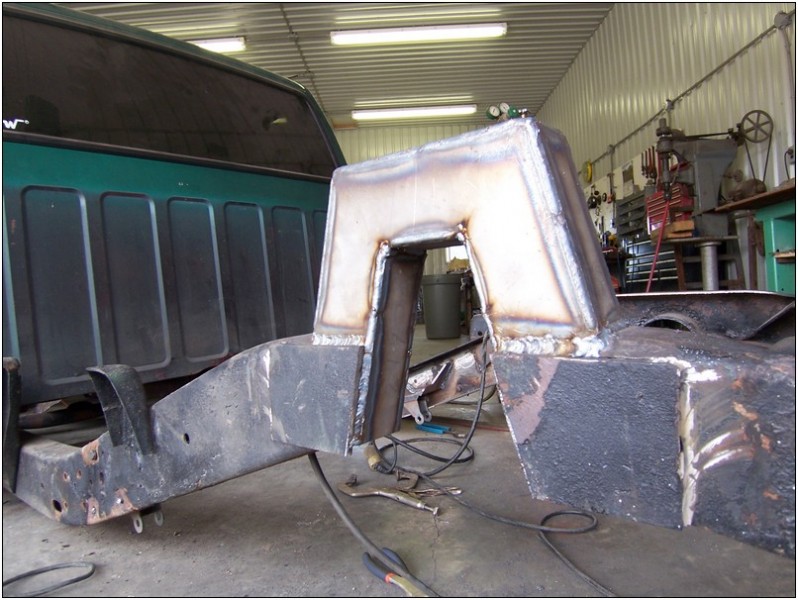 With the boxing plates welded, Jeff can move on to the other side…

How To Use Lead Instead of Plastic Filler

December 19, 2018 Roadkill Customs How To & DIY
Alberto Ferroni demonstrates how use lead Instead of plastic filler while performing some bodywork on his Porsche 911 race car. [More…]

October 3, 2018 Roadkill Customs Rides & Roadkillers
This Original Steel 1932 Ford pick-up truck cab has been channeled 6″ (but not chopped) and has been mated with a reproduction fiberglass bed with locking tonneau cover.   The truck features a 12 gallon [More…]

How To Tune an Edelbrock Carburetor

November 21, 2018 Roadkill Customs How To & DIY
Engines depend on carburetors to perform well under all conditions. An adjustment error can affect the entire engine. Here’s how to tune your Edelbrock carburetor. [More…]