A torque converter is a type of fluid coupling which transfers rotating power from a prime mover, like an internal combustion engine, to a rotating driven load. In a vehicle with an automatic transmission, the torque converter connects the power source from the load. It is usually located between the engine’s flex plate and the transmission. The equivalent location in a manual transmission would be the mechanical clutch. 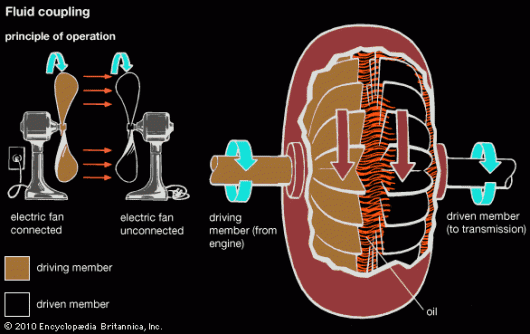 The torque converter is the part of your car that handles how much fluid is passed on to the automatic transmission and allows your engine to continue running while at a complete stop. This component is really important, and if it happens to malfunction it could potentially cause erratic behavior such as shuddering and slipping. The difficult thing is though, diagnosing the exact cause of torque converter problems is not easy.


There are a ton of potential reasons that could be causing the malfunction, and your torque converter might not be to blame. So today, we will go over common torque converter problems and its causes.

Overheating — If you glance at your temperature gauge and it happens to be overheating, this could mean that your torque converter is malfunctioning. Overheating is probably the most common sign of torque converter problems, as a drop in fluid pressure will cause the transmission to overheat. It could also be a sign of low fluid levels or a malfunctioning solenoid, so check that first!

Transmission Slipping — A problem with the torque converter will often show itself fairly quickly, as fluid cannot be managed correctly. If not enough or too much fluid is passed to the transmission, it can cause gears to slip and you will often feel a loss of acceleration. You might also notice a sudden drop in your car’s fuel economy. Low or ineffective fluid can also be the culprit, so you need to check the fluid first if you experience any slipping.

Shuddering — If you start to feel shudders when driving about 30 to 45 MPH, this could mean that you have torque converter problems on your hand. It will often feel like running over rough road or bumps and you will definitely notice it when it happens. Shuddering comes and goes without warning, so once you feel it the first time you should get your transmission checked out as soon as possible. Don’t wait for it to happen again.

Contaminants in Fluid — If you check the fluid and there are large amounts of black material, it either means your transmission or the torque converter clutches are damaged. You should perform a fluid change first, run your car for a while, and check back again.

Strange Sounds — Any foreign sounds such as clicking or a revving noise could indicate a bad torque converter.

How to Test for Torque Converter Problems

This simple test can help to diagnose potential problems with the torque converter. What you are going to need to do is start your car while in the driver’s seat and let it idle for a few minutes. Afterwards, step on the gas lightly a few times, let it come back to idle, press down on the brakes, and then shift into drive. During this period, you are going to want to listen for any strange sounds such as clicking or revving or if you experience any lurching. If not, proceed to shift through all the gears including reverse and try to notice for any of the aforementioned signs again. Finally, drive your car and test for the same things as well as shuddering or slipping.

There are a few reasons why problems can occur. Don’t assume what the problem is until you have your transmission looked at, but here are some general ideas of what it could be.

If diagnosing the problem and repairing it takes too long or costs more than replacement, then we suggest purchasing a replacement torque converter and paying a repair shop for labor to replace it. Torque converters such as the B&M Tork Master series is a popular choice for most vehicles, as it provides optimal stall speed for the majority of stock cars.

Tips on Picking a Torque Converter

How To Calibrate Your Transmission Dipstick

February 28, 2019 Roadkill Customs How To & DIY
Especially in a performance application, the importance of the transmission fluid level cannot be understated. [More…]

April 10, 2019 Roadkill Customs Technical Info
Should You Flush your automatic transmission? Should you replace the transmission fluid on an old car with high miles? [More…]

How To Know Where To Start a Metal Shaping Project

May 21, 2018 Roadkill Customs DIY Projects, How To & DIY, Metalworking Basics, Shop Basics
One of the biggest challenges when shaping custom metal parts and pieces is how and where to start. Many projects often don’t get finished because parts start not fitting or working. With a couple of [More…]