Adding an aftermarket transmission cooler to your hot rod, car or truck is always a good idea. Here are some tips:

If you place the cooler in and area with little air flow, a fan is a must

When installing coolers, make sure lines are clear of anything that can rub them

Always use line that is approved for transmission/hydraulic fluid

Bypassing the radiator is the way we prefer a cooler be set up. The transmission will generally run cooler this way 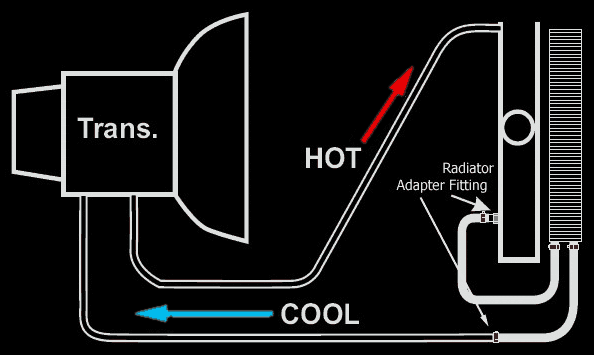 When hooking up multiple coolers several things should be noted

Type and brands of coolers

Transmission temperatures – This question gets asked a lot. What’s TOO HOT?

It is advisable to fully and properly flush a cooler, especially when a converter failure is involved

The best place for temperature sending units is in the pan

LS Engine and 4L60e Swap On A Budget

October 14, 2018 Roadkill Customs DIY Projects, How To & DIY, Low Budget Builds
Part 1 – Chassis Intro, Oil Pan & Engine Mounts Chuck Hanson takes us on a tour of his $100 69 Chevelle chassis he picked up on Craig’s List. He also walks us through as [More…]

Ford Model T – How to Start & How to Drive

May 16, 2018 Roadkill Customs Hot Rod Lifestyle, How To & DIY
In this video I demonstrate the Ford Model T’s unusual controls and how they all work, I show you how to start a Model T, and I take you on a short drive at the end… [More…]