Whether you’re into exploring, land conservation, burnouts, mud pits, rattle can racing liveries, or treating a clapped out Camry like it’s a trophy truck, the Gambler 500 Rally has something to offer everyone.

In just a few short years, it has grown from a few buddies having fun in the dirt to the largest trail cleanup on Earth, spanning 30 states and 3 continents.

Founder Tate Morgan gave an inside look where it came from and what it’s evolving into.

The Gambler 500 Rally began as, according to Tate, “a fun punk rock rally in Oregon.” The idea was to take $500 cars, clearly not designed for off-road, and have a little fun trying to get them through trails normally reserved for purpose-built rigs.

Around 30  high school and college friends slapped together a baker’s dozen smoking heaps from Craigslist, scribbled a logo on an empty Coors box, and set course for somewhere in the Cascade Mountains.

Three years after it began, the field had grown to a whopping 32 cars. The Gambler 500 was exactly what the creators intended — a small event for friends to get together, have fun navigating, and make memories. Just for kicks, the group put together a few clips from their cellphones and edited them down to a minute-long video.

Suddenly this misfit off-road rally had an audience larger than the entire population of Canada, and big names in the auto industry like Jessi Combs (RIP), Fred Williams, and Dave Chapelle (of Dirt Everyday)  wanted to participate. Hordes of requests to join poured in from every corner of the country and globe.

Tate rented a space estimating around 250 rigs would arrive for the 2017 Gambler, including the 2 he built for Jessi Combs and her crew filming for The List. He was dead wrong, some 867 vehicles carrying over 1700 participants showed up. 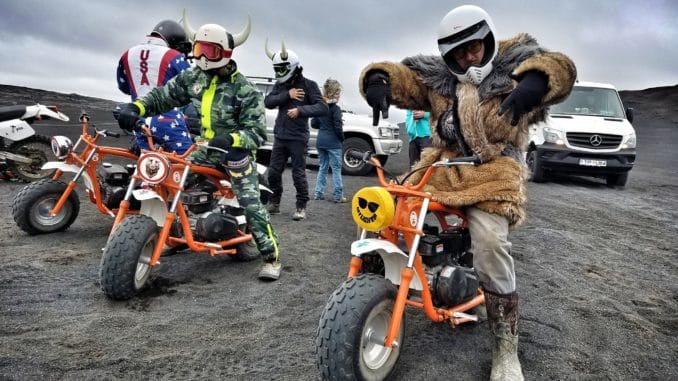 Thanks to the caliber of people attracted to an event on public lands where the only prize is fun, growing 27 times its previous size didn’t cause any major issues.

Now Gambler 500 was synonymous with cheap cars, fun navigational challenges, and leaving the place a little better than it was found. The problem was that one Oregon event couldn’t hold the growing fan base. 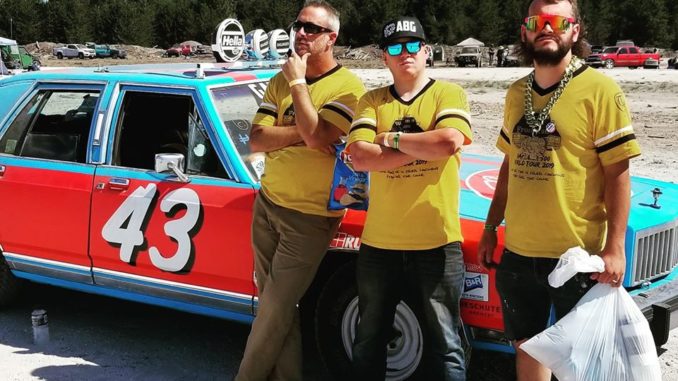 Tate saw the opportunity to share the Gambler way and love of public lands with more people and gave his blessing to new event organizers all over the country. Anyone wishing to organize an event under the name Gambler 500 with the same ideal of courteous enjoyment of public land has been encouraged.

Since the single rally in 2017 Tate’s idea to get his buddies together snowballed into more than 40 annual events and 3000 tons of trash collected- more than any other collection effort in the world, and it’s growing. The Gambler 500 has also been able to make very sizable contributions to the Children’s Cancer Society and donated pet food to animal shelters. 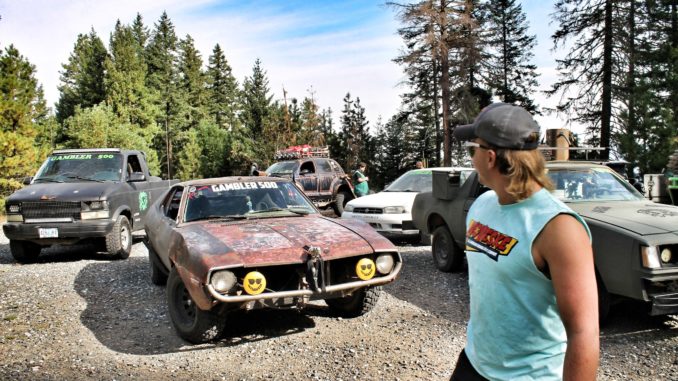 With events now in over 30 American states, Canada, and Iceland, Tate’s simple request is to keep events free for anyone to join and enjoy.

The Gambler 500 is a unicorn for this reason- since day one it has been about building community and enjoying public land. For Tate, Gambler 500 is a concept with a name and means to build community. With your help, Tate will bring the Gambler to every State and country with open space and like-minded people.

Newcomers and veterans alike abide by one thing: Don’t be a Dick.

People from every walk of life and point of view gather by the thousands each year and crown the weirdest, cleverest, and most fun builds at the event, while in an earnest competition to gather the most trash and keep our lands beautiful.

They’re succeeding at it, too.

On top of having no podium or winners, Gambler 500 is different from other rallies for its, shall we say, uniquely under-equipped competitors.

The “Gamble” permeates every aspect of the event- it’s the automotive equivalent of bringing a knife to a gunfight.

The idea is to use the cheapest and least capable vehicle to tackle trails and navigation normally reserved for purpose-built vehicles, so it’s as much driver vs. machine as it is machine vs. terrain.

The gamble is whether your vehicle makes it and whether you’re even going the right direction. The likelihood of it all going sideways is so much a novelty to Gamblers that their motto is “ABG”, for “Always Be Gambling”.

It’s not about being fast or winning anything for these people- it’s about going after the obstacles and having the most fun getting through them.

In addition to adding new states and countries, Gambler 500 has added a new event series in 2019- HooptieX. Laid out in a similar format to Ultra-4 racing, HooptieX combines the structure and challenge of competition on a pro-level course with the classic Gambler 500 feel of using a totally under-equipped and clapped out vehicle. 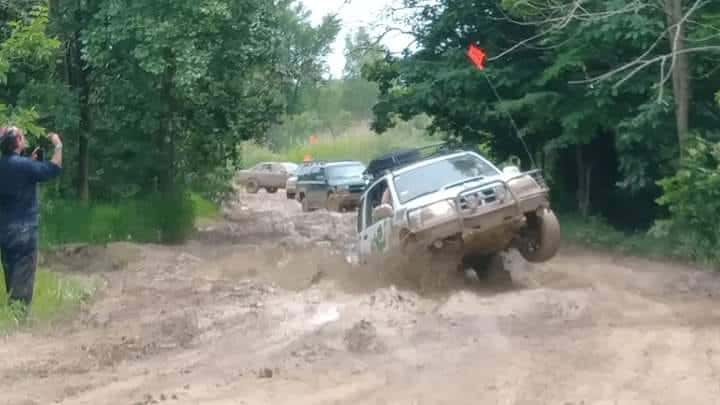 Tate’s unique approach to rallying and racing has attracted the attention of some serious off-road organizations, namely King of the Hammers. Teamed up with the Ultra 4 organizers, Tate is bringing HooptieX to Hammertown this February as part of the now world-famous off-road race in Johnson Valley, California.

Anyone interested is encouraged to join the inaugural “Gamble to the Hammers” in their worst vehicle and try a hand at a professional racecourse.

In spite of its success being recognized by organizations, cleaning trails, donating to charities, and bringing thousands of people together, Gambler 500 retains the same mission it had from the first event. Gambler 500 is about making memories, enjoying public lands, and leaving the places we call home just a little better than we found them.

So how can you get involved with Gambler 500?

There are a ton of Gambler rallies across the country so if you’re interested in being as dumb as us, go look them up. There’s almost for sure one in your area. Go do it and send us a video of you doing a burnout in your 4×4 or high-centering your mom’s Toyota Corolla on a rock in the middle of nowhere. 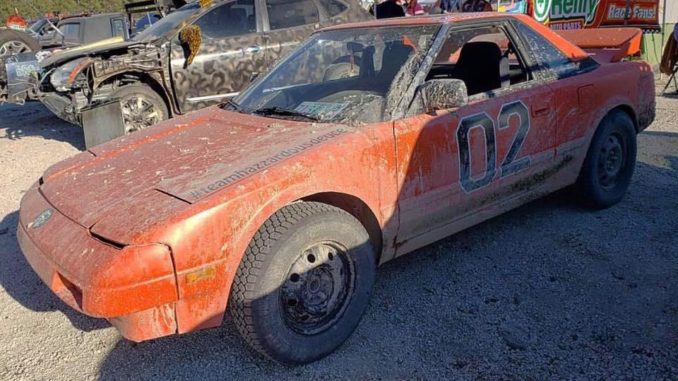 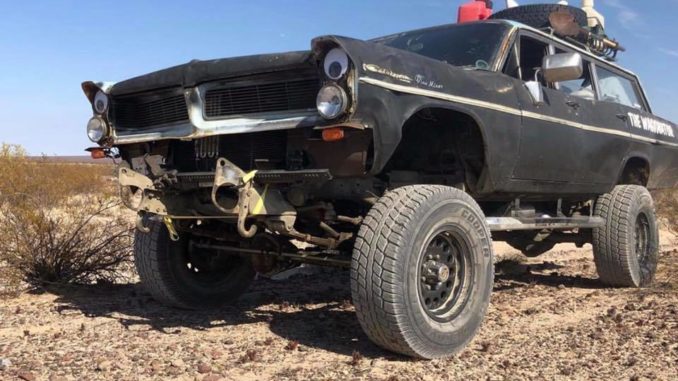 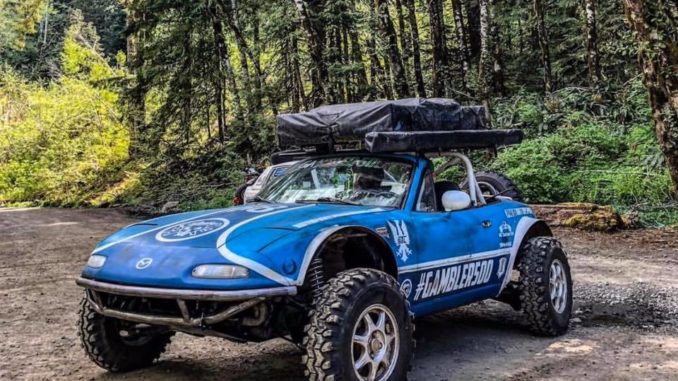 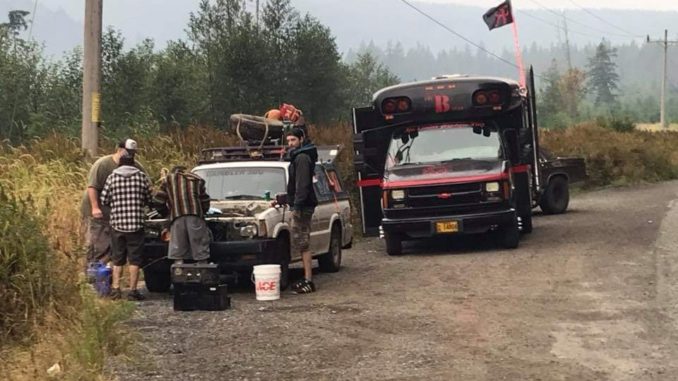 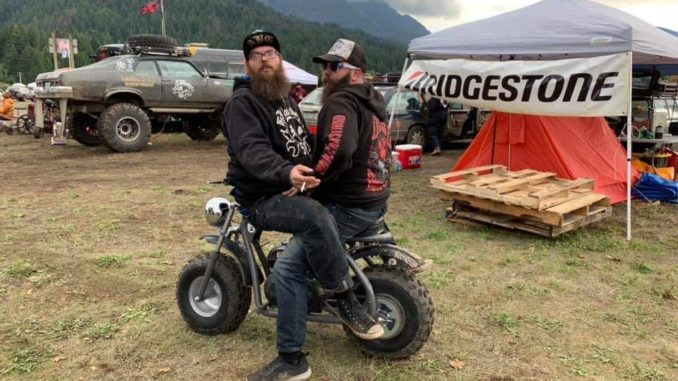 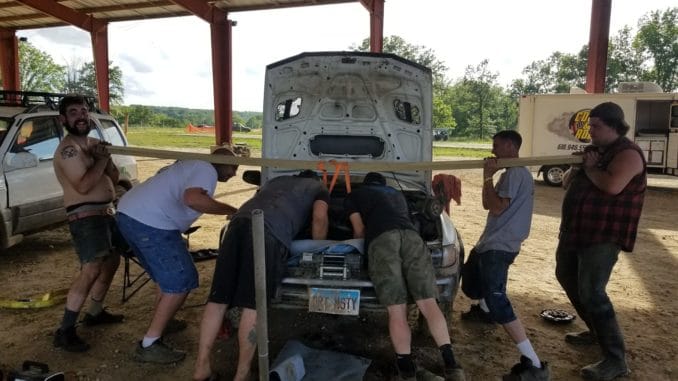 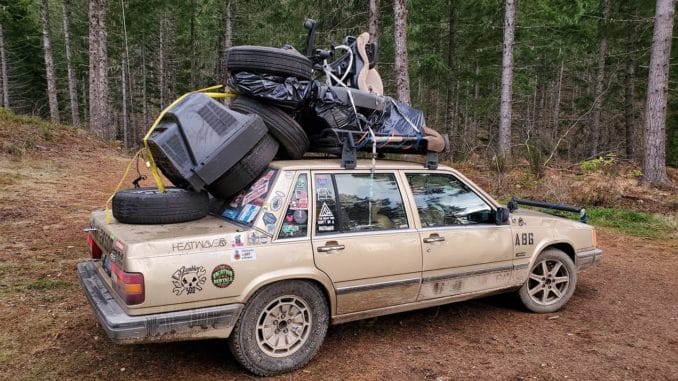 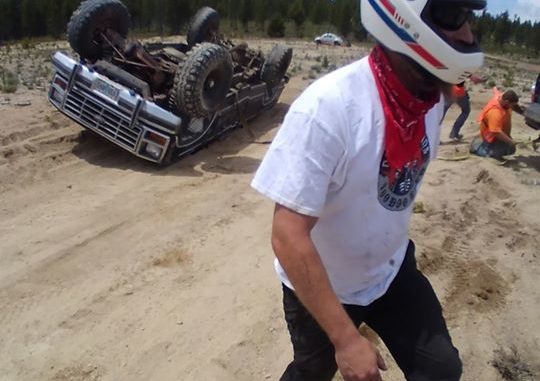 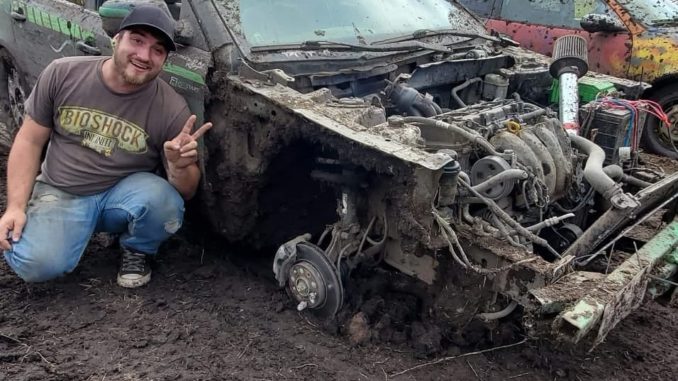 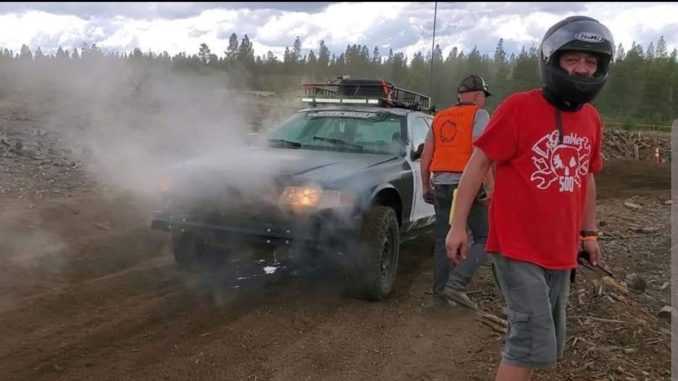 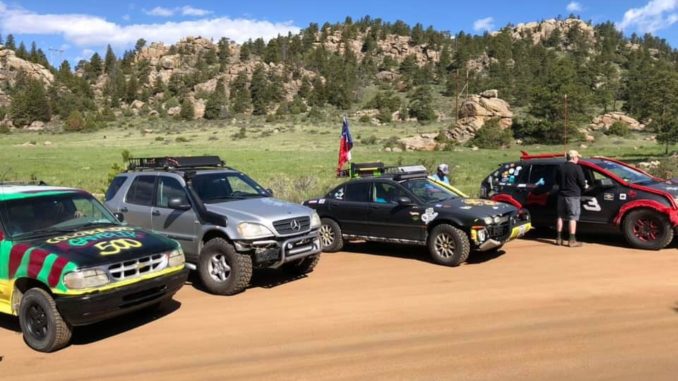 November 24, 2018 Roadkill Customs Builds and Examples
Roadkill swaps engines in a parking lot, a junkyard, or putting the totally wrong engine where it should never go. It’s the Roadkill way. [More…]

August 11, 2019 Roadkill Customs Car Shows & Events, Roadkill Muscle
Passion for performance grows as “Roadkill Nights” was back in full force with an extra night of fun and a record amount of attendees. [More…]

The Basics of a 4WD IFS Front End