A two-part project by Metropolitan Choppers and metal sculptor Scott Cawood, The “Siren Of TI” Chopper is a 900 pound master piece constructed with nearly 250 pounds of scrap iron and steel as a tribute to the beautiful Sirens of Treasure Island Casino in Las Vegas, Nevada.

The Treasure Island Hotel and Casino was running a free nightly show called The Sirens Of TI and they commissioned Metropolitan Choppers to build a series of four custom bikes to be offered as prizes for the players. This “Siren Of TI” Chopper you see here isn’t a prize bike, though, it’s all about the art and is on permanent display to the public on the casino floor.. 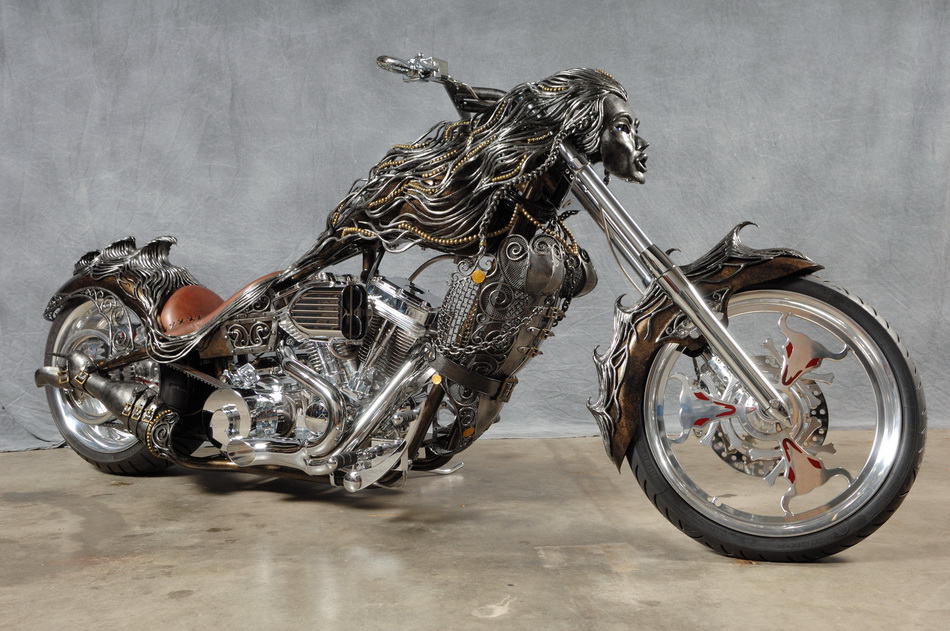 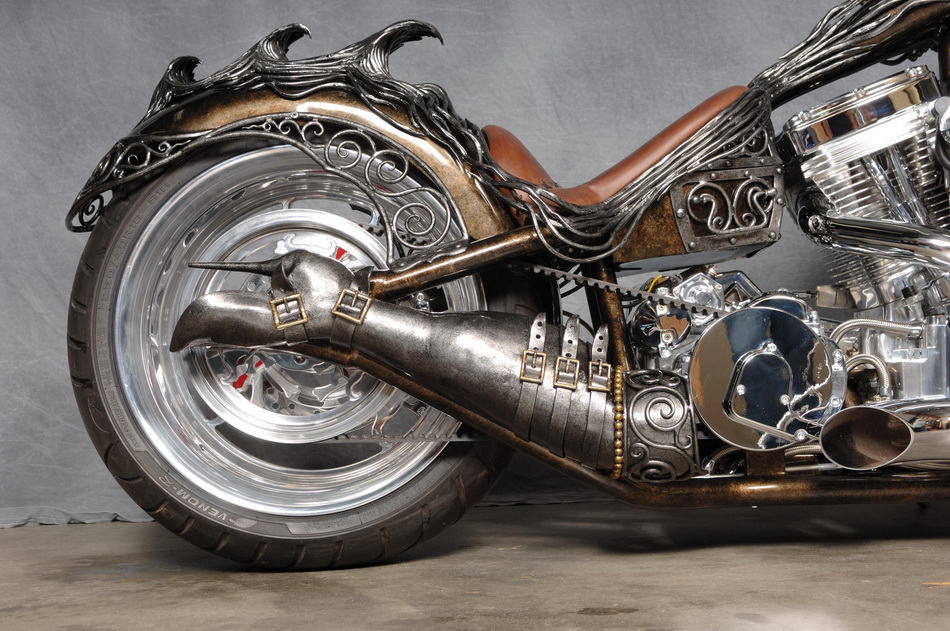 Talking about the process of bike creation, Cawood said: “I attempted to take the raw energy of the powerful motorcycle and transform it into the motion of a seductive Siren rising out of the sea and beckoning to unsuspecting sailors.” 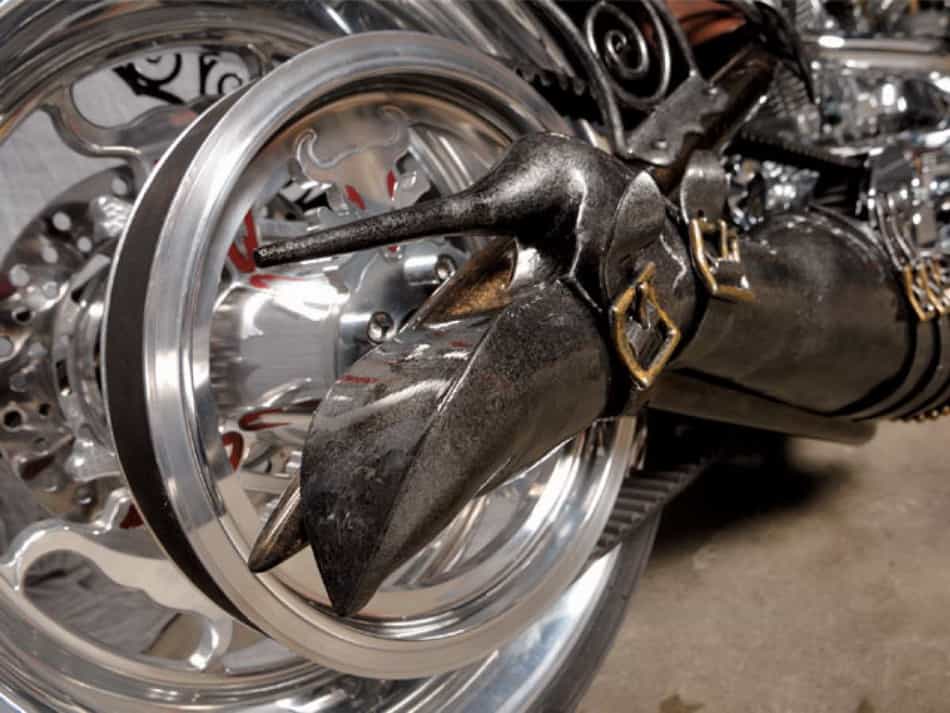 “I cut, forged, bent, shaped and welded mild steel to create the sculpture. I envision her as an ancient but dynamic force rising up out of the ocean”, he continued.

The creative team that stood behind this project has taken the art of bike creation to a whole new level, with the highly realistic and distinguished detail. 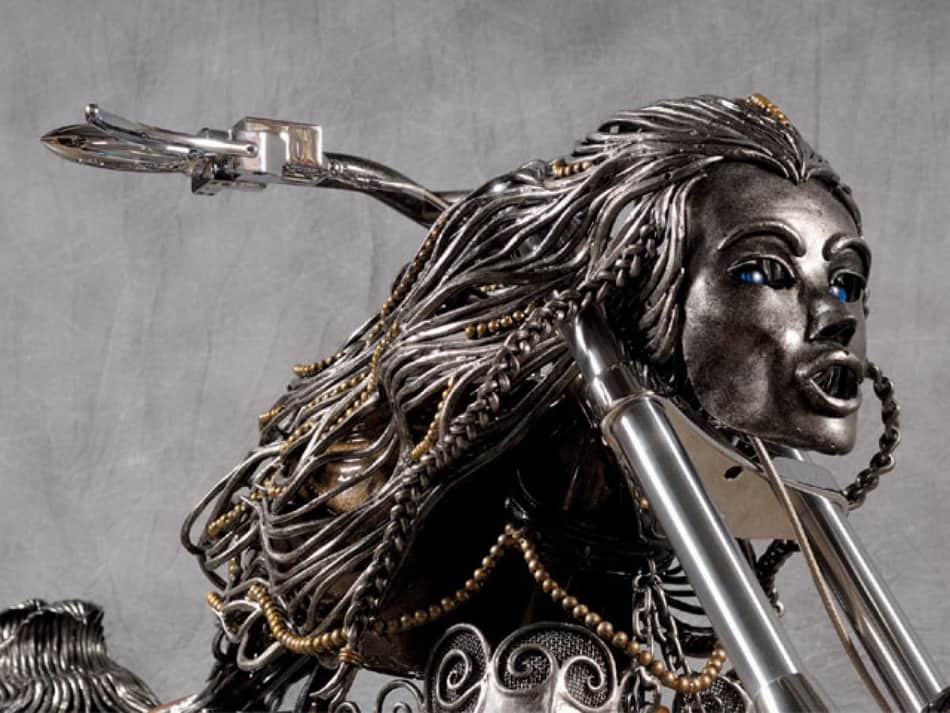