Sadly, much of our drag racing heritage is fading into the sunset of time due to the passing of legends like Dick Wells, Wally Parks, Pat Foster, and many others. The destruction of storied tracks where a lot of racing legends were born isn’t helping either.

Places like Lions Drag Strip, Orange County International Raceway, US 30 Dragway, and Miami-Hollywood Speedway Park Dragstrip are where history was made, legends created, and where drag racing put its stamp on American society and culture.

But all hope is not lost – All across America, racing enthusiasts are doing what they can to preserve 1320 history. 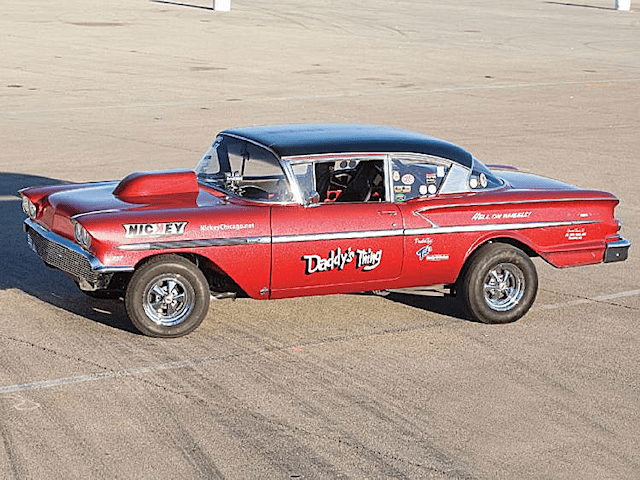 Ted Beach grew up watching, and later racing at Indiana’s fabled U.S. 30 Dragway, watching gassers like Uncle Sam, The Barbarian, Orange Sunshine, and others duke it out in quarter-mile grudge matches that were the epitome of the action during the golden age of drag racing.

Another car that always turned heads and was the ire of other gassers was Naperville, Illinois-native Frank Marshall’s Metal-Flake Red ’58 Chevy named “Daddy’s Thing.”

Powered by a 427 big-block, Daddy’s Thing was the scourge of Midwest and northeastern tracks like U.S. 30, Oswego, Great Lakes Dragaway, and others. Driven by Frank, the ’58 had a well-known winning reputation against its gasser and match race opponents.

The name Daddy’s Thing was due in part to Frank’s seven daughters helping out as crew at races; where the girls would assist their mom and dad (Frank’s wife raced an early ’70s Demon). The ’58’s best time back then was an 11.12 at Lake Geneva. 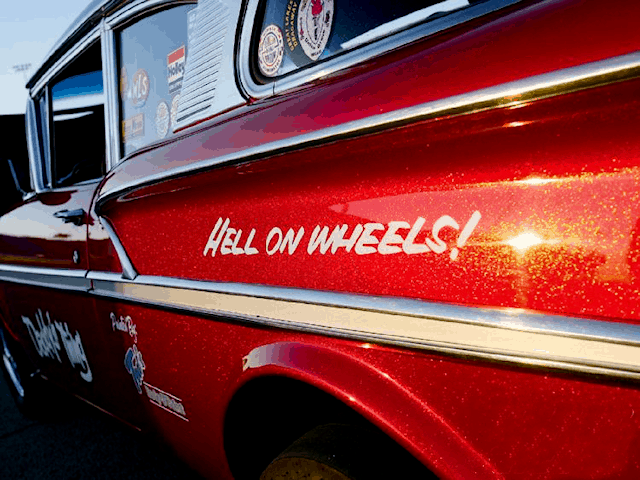 After campaigning the car for several years, Frank traded it for a truck when a heart attack sidelined him from racing for good. The car was repainted and renamed Mad Wally, then raced at Oswego for a few more years until the strip shut down in ’79. With the track’s closing, the ’58 was mothballed, not to see the light of day for almost 30 years. 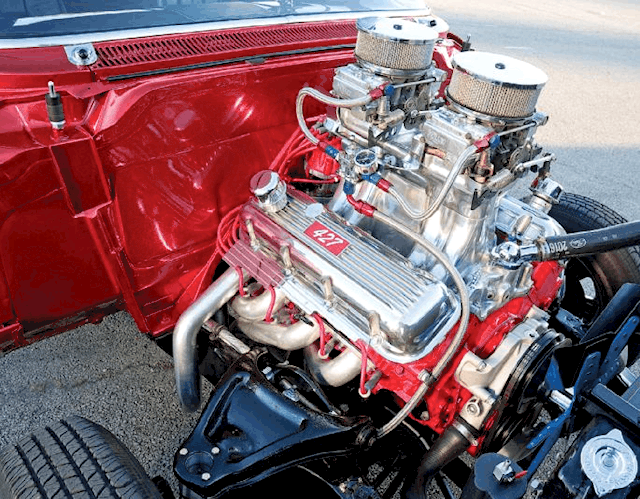 Beach never forgot watching those gassers run. Over the years, he bought and restored some of the old veterans like the ’37 Chevy Coupe, “Uncle Sam”, and the ’68 Chevelle, “Time Machine”. When he heard that the ’58 Chevy that used to be Daddy’s Thing had resurfaced, he knew it had to be his.

But a disappointing call to the new owner told him it wasn’t for sale. Ted went back to his daily routine and working on the cars he had. A few months later, the owner called back and asked if Ted was still interested in buying the car. Shortly after, the ’58 was in Ted’s shop for a full rebuild back to its original racing condition. 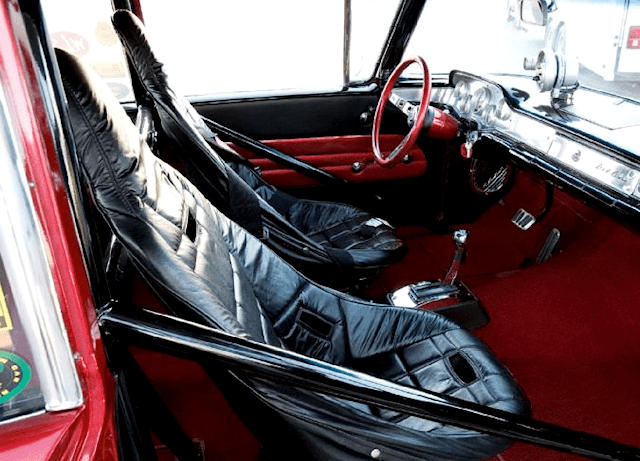 Sitting for so long had taken a toll on the ’58’s body, with cancer everywhere. Since aftermarket replacement panels for ’58s are nonexistent, Ted had to track down a solid donor car from Michigan. He used it to get good sheet metal for the rejuvenation. As the restoration progressed, Ted gathered all sorts of information on the car’s history from fellow racers and Marshall’s widow.

During the restoration, several holes and dings in the engine cross-member caught Ted’s attention. It was found out the car originally raced with a 283. After numerous catastrophic engine failures that left the discovered damage marks, a 427 Rat was dropped in. 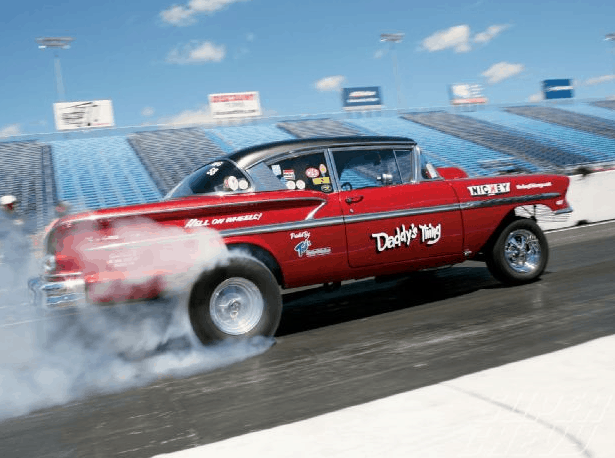 Check out Brandon Beach as he puts his fathers gorgeous ’58 Chevy Belair gasser on the bumper! Brandon’s father Ted, while telling me the history of the car noted that when he let his son take over racing the car in ’13 it came with one stipulation, son you break it you fix it!

November 29, 2018 Roadkill Customs How To & DIY
Installing new Carpet, Sound Deadener and Jute Padding is an easy weekend job that will quickly freshen up the interior of your Chevrolet or GMC Truck. We’ll take you through our best Tips & Tricks that make this project simple, complete and give awesome results! [More…]

June 24, 2015 Roadkill Customs Builds and Examples
Dusty Dahl shared his ’47 Chevy 3100 project he’s “saved from the crusher and brought back to life”. It’s still a work in progress he tells us, but should really scoot with that 383 stroker. [More…]