Hot rod designer Chris Ito was commissioned by a Phoenix couple to pen the redesign. The NewMad began its life as the first generation Chevrolet Nomad, the halo model wagon derived from the Motorama Corvette of 1953-54.


After Ito fixed the shape, the almost unbelievable 22,000 hours of labor were performed at Steve’s Auto Restorations in Portland, Oregon. 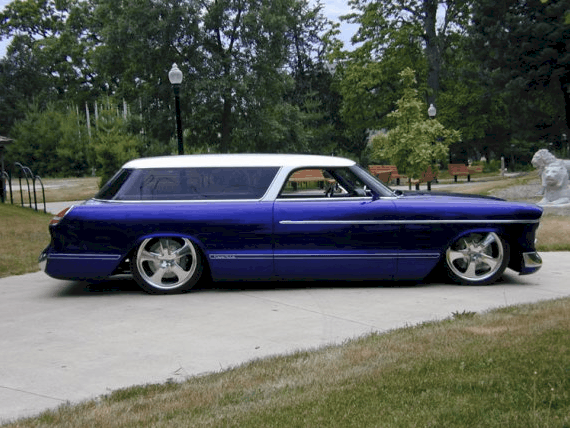 The term “custom” barely begins to describe it. The chassis was built specifically for the car with suspension from a 2000 Corvette. Also the body has been lengthened, the sheet metal was shaped by hand, and all of the glass is one-off. 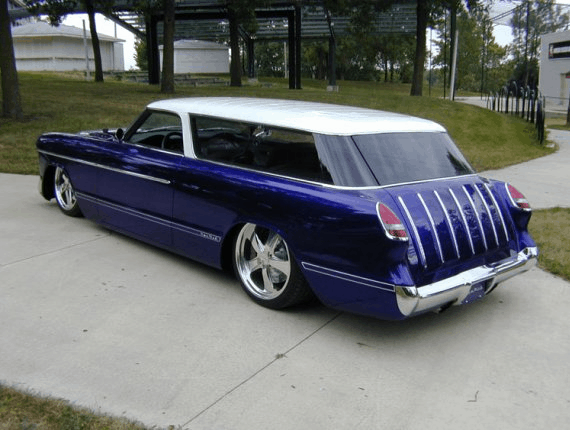 The interior pulls from many well-known makes including a Mercury Marauder cowl, Lexus seats, Jaguar interior door handles, and Porsche window switches. The leather interior is full-custom as well. The hood covers 496 cubic all aluminum fuel-injected big block which develops as much as 475 HP coupled with a 4L80E transmission.

September 20, 2017 Roadkill Customs Rides & Roadkillers
Darrik Hooper of Carthage, Texas started his project with only the cab that he bought, once he got it home, he took the time to look it over really well. He noticed all the nomenclature plates across the dash – the main plate included the serial number and date of delivery: 7-7-43. “1943?” he said to himself… [More…]

June 26, 2019 Roadkill Customs Rides & Roadkillers
Justin Meyer and his 1952 Chevrolet Sedan were caught up with at the Holley LS Fest West. [More…]