This beast is the brainchild of one Victor Jonsson, a Swedish car builder. The car is a 1960 Volvo PV544 fitted with a 38.8-liter Transmash V12 diesel engine that was salvaged from a Brobandvagn 971, essentially a tank, but instead of a big gun, it carried a large folding ramp to make bridges. The engine was also used in the Russian T-55 tank which first entered the world stage in the 1950s, ultimately becoming Russia’s mainstay battle tank for nearly three decades. 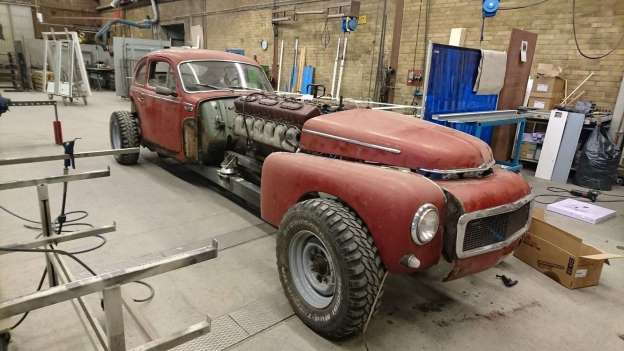 The car rides on a full-custom frame — nearly 20 feet long — with the passenger compartment and front clip separated by the massive mill. 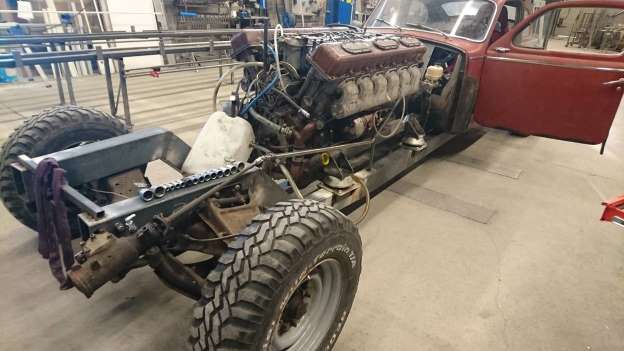 The engine makes 520 horsepower and a staggering 1,696 lb-ft of torque. To make all that torque useable, Jonsson created a custom planetary gearset that goes behind the engine reducing the torque 516 lb-ft and raising the RPM to 6,000 — which is pretty high for a diesel. A ZF manual transmission originally from a BMW 525 TDS sends power to a GM heavy-duty rear end.

At first glance, it may appear to be just a quick-ish project with a big engine mounted to a bigger frame, but there’s actually a tremendous amount of engineering going on behind-the-scenes to make it all work.

You can see the full, 50-page build thread on Garaget.org (you’ll need Google Translate, unless you can read Swedish). It’s pretty wild to see what this engine-swapped Volvo has gone through to turn into the monster that it is now. 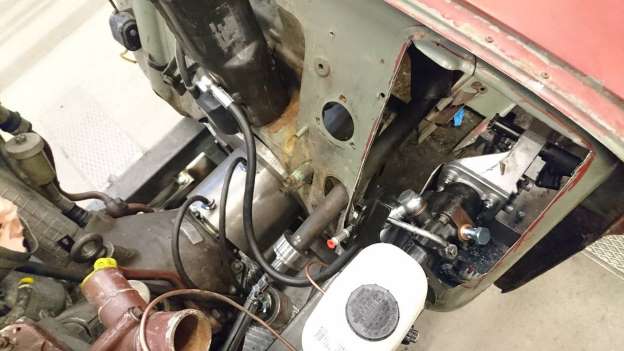 December 15, 2018 Roadkill Customs Rides & Roadkillers
Take a tour of Troy Gubser’s Turbo Diesel Chevrolet rat rod pickup! This thing sure has character, and it’s a blast to roll around in. [More…]

Setup a DIY Paint Booth in your Home Garage ~ FAST!

August 5, 2012 Roadkill Customs Builds and Examples, Rides & Roadkillers
This is NOT a George Barris build. This is NOT an Ed “Big Daddy” Roth car. This is an one-off custom bubbletop build by Eric Goodrich. [More…]