Building a Hot Rod – a dream held by many. We found this take on the subject on Hemmings Motor News.  We hope we’ve provided you some tools and resources to help your hot rod build go as well as possible. We’ve assembled a page to help you get started: How To Build Your Own Hot Rod 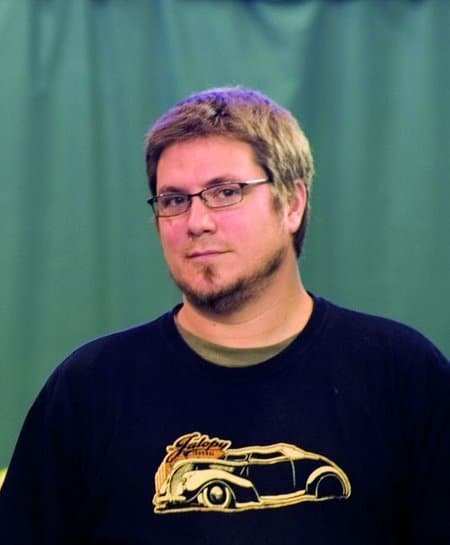 I’ll admit right up front: For all the blabbering that I do about hot rods, I don’t actually have a hot rod to drive during the short Vermont summers.
However, for a decade now I have been planning a hot rod build, collecting parts here and there, and doing my best not to get distracted by my latest automotive obsessions, a task that is rather tough when my job requires that I photograph and write about a wide variety of cars–I tend to form a new automotive obsession with pretty much every other car I write about.
What got me to dreaming about the hot rod I want to build were some Harry Bentley Bradley sketches of lakes modifieds I spotted in a rodding magazine at a supermarket newspaper stand. I’d never seen anything like these cars before–lightweight, stripped-down, narrowed little machines built solely for speed–and the reason I’d never seen anything like them before is because they very quickly fell out of fashion among dry lakes land-speed racers in the late 1940s, when Southern California Timing Association rules changes began to favor streamliners over modifieds.
As I recall, Bradley inserted a few modern takes on the concept of the lakes modified that made them look like abbreviated versions of Boyd Coddington’s cars, but I was more interested in the historic versions, the ones that used narrowed Model T bodies plopped on the most basic chassis scrounged up from junkyards and fitted with hopped-up four-bangers. The Sakai-Campbell modified in particular caught my eye, but so did the ones built by Johnny Junkins, Karl Orr, Ernie McAfee, Art Gerrick and Clem Tebow.
So I started horse trading. My first acquisition was an open-drive banjo rear axle from a 1948 Ford pickup. After meeting Charlie Yapp of the Secrets of Speed Society, I went out and found a trio of frozen Model A four-cylinders. I swapped a rusted-out 1957 Pontiac four-door for a Model A frame, a couple sets of split wishbones, another banjo rear axle and a 1940-something front axle with hydraulic brakes. Nabbed some steel wheels from a Jeep J2000 I found rusting away in the woods (same bolt pattern as early Fords), and I even picked up a multi-colored blanket for the upholstery the first time I visited Mexico.
But even before I got sidetracked with my 1979 AMX (and an MG Midget, and buying a house, and getting married…), I realized I didn’t have a concrete plan for this hot rod. My ideal rod morphed into something slightly different, slightly more complex, every time I brought home another part, or every time I saw another inspirational hot rod build (Dan Webb, you’re killing me). It didn’t help that I could never decide on an acceptably vintage, yet still reliable drivetrain (the more I researched building a hot Model A engine, the more I realized it wasn’t very simple; plus, those three I bought were really stuck), nor could I ever decide on exactly how to build the body (piece it together from scratch around a Model A cowl? Repurpose other body parts from junkyard cars? Find and cut down a Model T touring car? Fiberglass body from Darrell Zipp?).
I soon realized as well, how difficult it would be to piece together a full car–even a simple car such as I generally envisioned–on a budget similar to that of a homeless guy picking up cans by the side of the road. I had to face up to the fact that I wasn’t living in California in the 1940s, that I wasn’t going to find everything I needed for practically nothing, and that I was going to have to spend some real money to continue building my hot rod. Thus, all those parts sit in my garage until the day I pay off all my student loans or get a job on Wall Street that offers Scrooge McDuck bonuses.
Yes, some people can build a hot rod on a budget. These are the same people who sniff out rusted tin from three states away and have more metalshaping talent in one pinky finger than I do in my whole body.
On the other hand, I have no deadlines, no pressing requirement (other than impatience) to build my hot rod. So the longer I wait for that Jay Gatsby-sized check to come in, the longer I have to form a real build plan for my hot rod.

Are you broke? Still dream of building a hot rod? Start Here: How To Build Your Own Hot Rod
Find a Project Car or Parts Donor
This article originally appeared in the May, 2010 issue of Hemmings Motor News.

February 14, 2018 Roadkill Customs Builds and Examples, Low Budget Builds, Rides & Roadkillers
Build a Hot Rod in 30 Days for $1,000? This truck has been built twice — with a tear-down and cross-country move in between. The first build section documents the build mating the ’49 Studebaker [More…]