Saturday morning Kristi and I were traveling the back country roads of Florida to visit her parents near Ocala when we happened across this row of dilapidated cars on a piece of property near Starke. Very cool 1930’s and 40’s Buick’s, Packard’s, and Studebaker’s.

This was too incredible of a photo op to pass up, so we made a u-turn and drove through the “trespassers will be shot” signs, parked and I walked up to three men working on a race car.


Being the polite person I am, I asked for permission to take some photographs. The owner, who was a shoe-in for a bubba-of-the month award told me that I had to pay him before I could take any photos. He, of course was about 275 lbs, wearing overalls, while sporting a beard and shoulder length hair that would make ZZ Top proud. 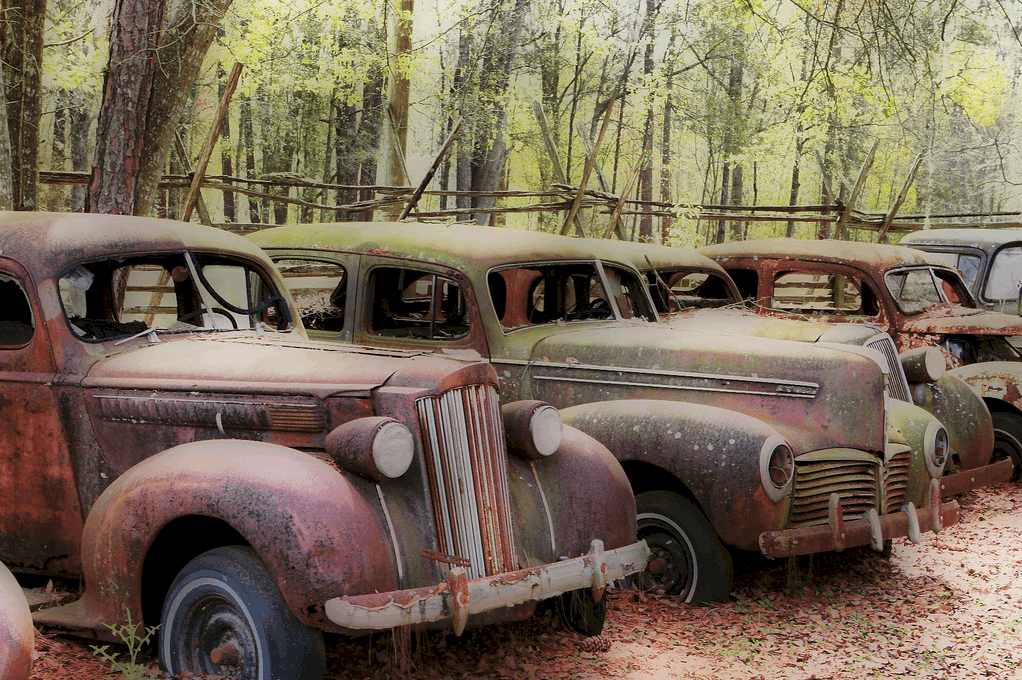 Bubba, Cooter, or whatever his name was started to tell me that these cars are famous to people that want to take photos of them and he often catches them trespassing in order to capture a shot. Then went on to tell me that he charged them $20.00 just to drive out alive! I then offered him $10.00 and he said “that’s just the amount I had in mind”. 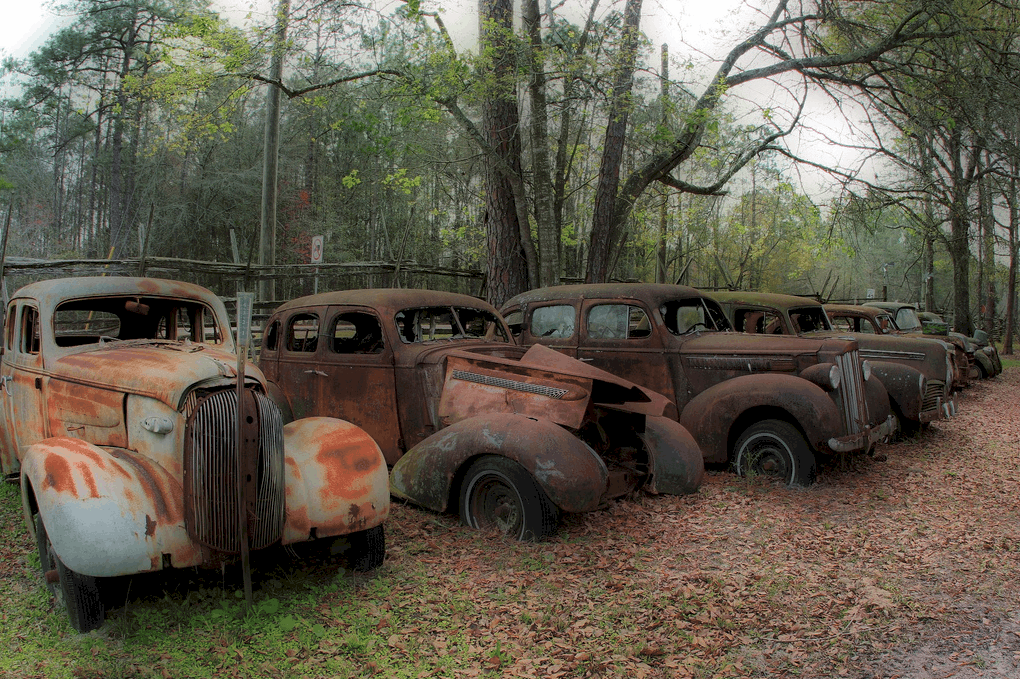 Now for the real story. He went on to tell me that if he had any problems with trespassers, he would use these, and pulled two (2) 9mm pistols out of his pockets, and if that didn’t work..pulled two more small guns out of the breast pocket of his overalls. But hey, that’s not all, he pulled up his pants leg and you guess it, a 32 cal. pistol strapped to his leg! 5 frick’in guns on this guy!

Again, being the now very polite person that I am, said, “it must be pretty dangerous around here” and turned to Kristi for a $10.00 bill who was sitting in the car not wanting to make eye contact with the Cooter dude. 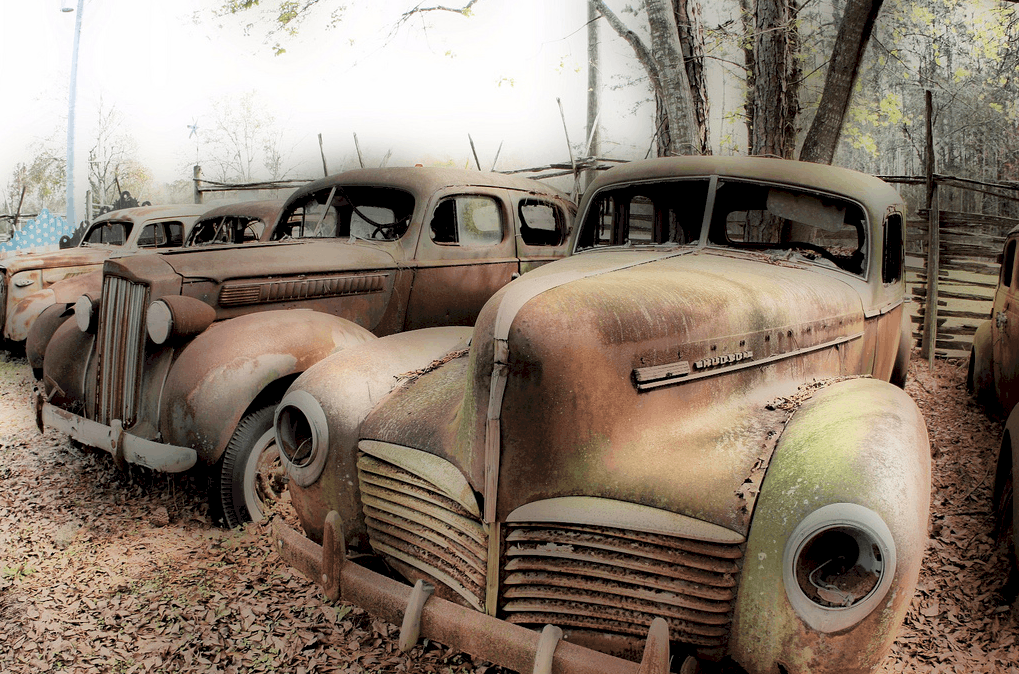 After taking the photos, Cooter had one more weapon to show me. A switch blade! Anyway, enjoy these $10.00 photos…

How To Build A Hot Rod

July 18, 2012 Roadkill Customs DIY Projects, Hood Rides & Hoopties, How To & DIY, Low Budget Builds
Learn how to build a hot rod with these resources that help facilitate your build from inspiration and planning to building and customization. These tools help locate donor vehicles, project cars, and can determine what other cars have the parts you need (a big help at the salvage yard). Start you build here! [More…]

October 18, 2018 Roadkill Customs Rides & Roadkillers
This might be the most perfect custom car we’ve ever seen… Craig Wick of Wicked Fabrication and his team transformed a 1951 Ford Coupe into a perfect work of art for owner Bruce Leven, dubbed [More…]

Buick Grand National ~ Everything You Need To Know