Now it’s time to look at the induction side of the engine. We’ll include ideas for both carburetors and EFI. With older cars, it’s often enticing to make immediate wholesale changes — such as ripping off that older TBI system or stock carb and replacing it with a new $500 one.

If the EFI system is going to demand thousands of dollars to repair, then maybe that’s a good idea. But for the majority of cases, it will be cheaper to rebuild what you have. Often, performance will improve just by returning everything back to factory fresh.

Let’s take the case of a late ’70s or early ’80s carbureted GM application such as an ’82 Camaro with a Quadrajet. Perhaps all that feedback Q-jet needs is just a rebuild kit. We researched using RockAuto.com, and a basic gasket kit from Standard Motor Products is less than $30. A 34-year-old Q-jet might need extra help from a new float and perhaps rebuilding the primary throttle shafts with new bushings. That will certainly cost extra, but you still won’t be into it for more than perhaps $200.

Most drivability issues can be traced to vacuum leaks, so make sure all those miles of vacuum hoses are in good shape. This isn’t just a GM thing. Dodge, Ford, Datsun, and anything carbureted are likely to have some gummed-up passages or leaky floats if theyve been sitting around. Rebuild kits are cheaper than new carbs.

On the injected side, let’s say you have an ’89 Mustang 5.0 with EFI, and it runs a little soggy. The issue might be just as simple as dirty or clogged fuel injectors. Sometimes just a shot of mechanic-in-a-can cleaner will help, but most often the best route is to remove the injectors and send them off to be professionally cleaned and flowed. There’s a company called ASNU that has built a slick vibrasonic cleaner and injector flow test machine
that will measure the flow of all eight injectors.

Our pals at Westech Performance have one of these ASNU machines and can clean a set of injectors and determine if any have failed or are way underperforming. The cost will vary, but it’s usually less than $200. There are many companies that perform this service. We found a site called WitchHunter Performance that will clean and flow a set of eight injectors for $177.

Depending on the year of your project car, you might have an early fuel injection from the throttle-body EFI days. These systems were fed by throttle bodies that were almost universally short on fuel and airflow. These throttle-body systems use a low-pressure (13–15 psi) system with a pair of injectors mounted in the top of the throttle body.

The problem with GM’s TBI was it was limited in both air and fuel flow. For near-stock engines, this system functions, but be aware that planning improvements to make more than perhaps 275 hp will require major TBI mods. The typical 350ci small-block GM throttle body flows less than 500 cfm, and the injectors are limited to 65 lb/hr of fuel flow.

So unless you jack up the fuel pressure, these are limited to about 275 hp. Any tune-up should be accompanied by a new fuel filter. 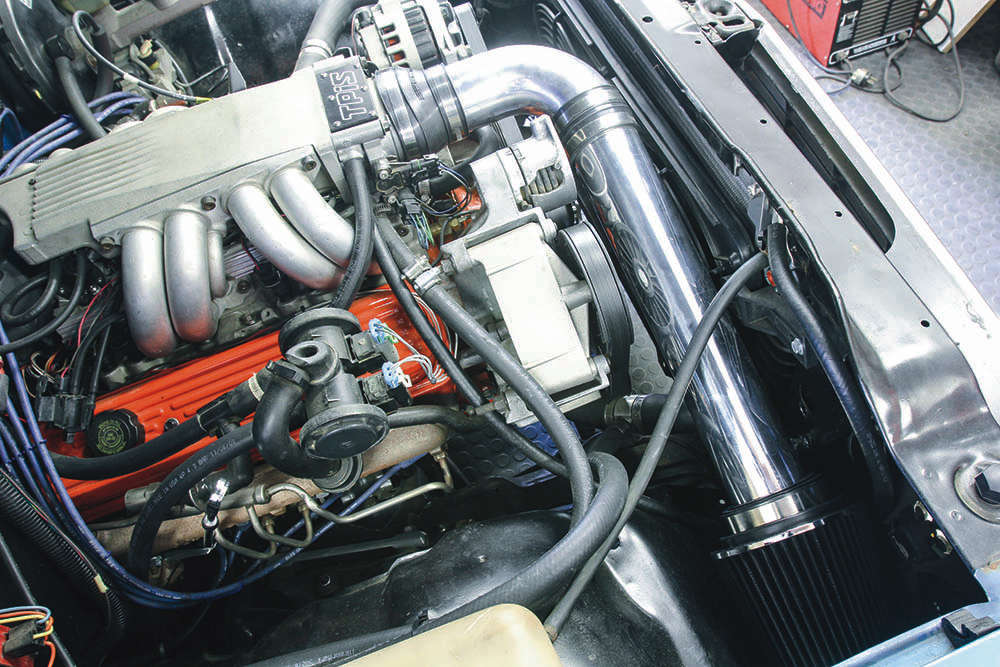 Depending upon the vehicle, sometimes just the addition of a better air filter can make a slight power improvement. Certainly, a clean one can. Plus, if you plan on keeping the car, a K&N can be easily cleaned, reoiled, and reused virtually forever. This is a Spectre fresh air system we installed on a V-8 swap S-10. 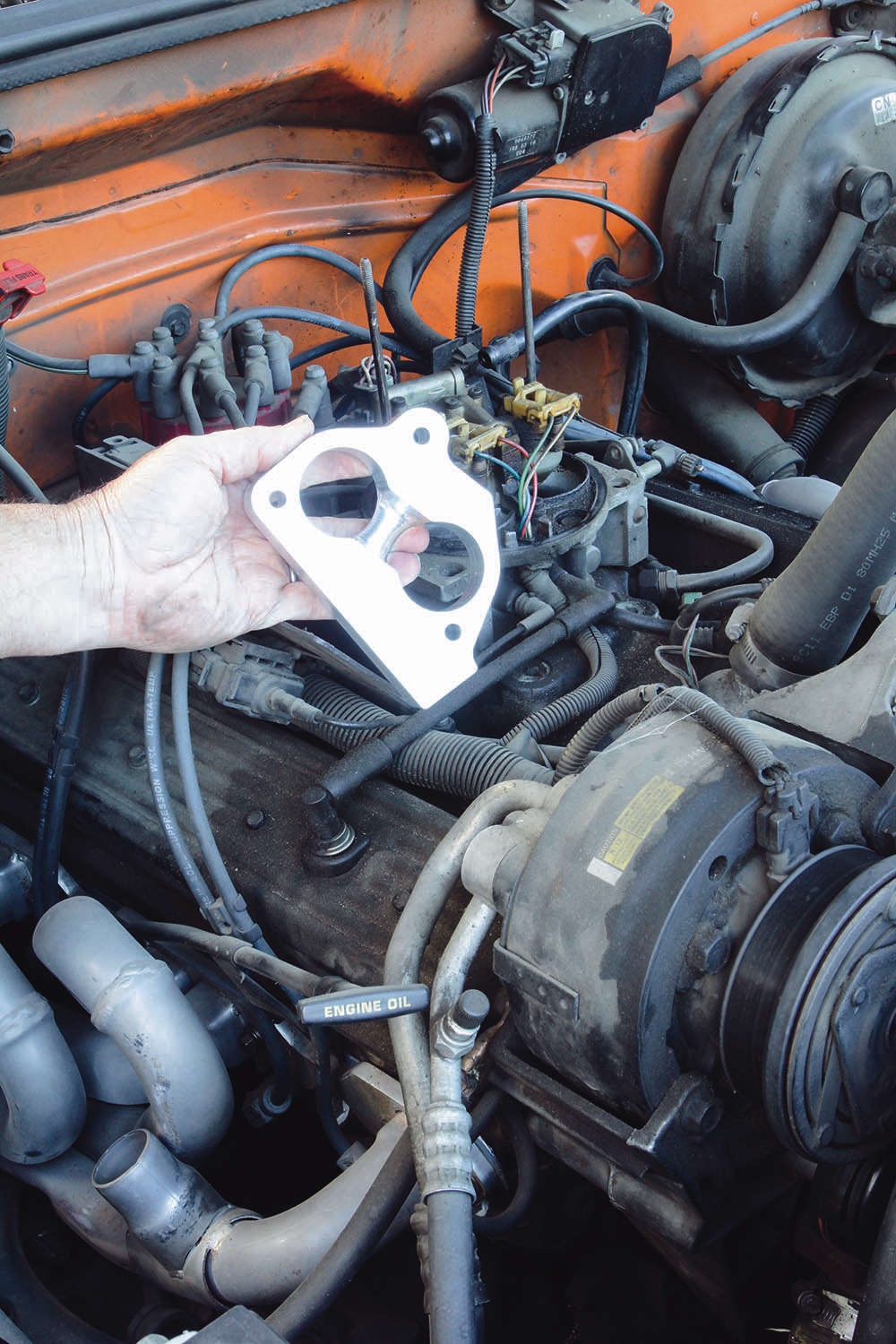 We normally don’t go in for these items, but the GM TBI engines seem to respond to these swirl-style under-throttle body spacers. They are available from several companies such as JET, Hypertech, Trans Dapt, and others. These spacers improve midrange torque rather than peak horsepower. That’s far more valuable for a street engine.

How To Make a Custom Truck Tailgate

January 24, 2021 Roadkill Customs DIY Projects, How To & DIY
You thought you’d never, but here you are looking up how to do a convincing faux patina paint job that matches existing panels. [More…]

How To Diagnose and Repair a Hydraulic Bottle Jack

December 30, 2018 Roadkill Customs How To & DIY
If your hydraulic bottle jack will no longer lift a load, it is most likely repairable with an easy fix. [More…]