The vision for this project is to build a traditional hot rod using a strong chassis that gives the car a nice stance all while utilizing some old and original parts to give the build the “soul” of a car built back in the late 1940’s-early 1950’s. This means other than raw material used and the replacement maintenance type parts, we’ll be building it using old “stuff”. 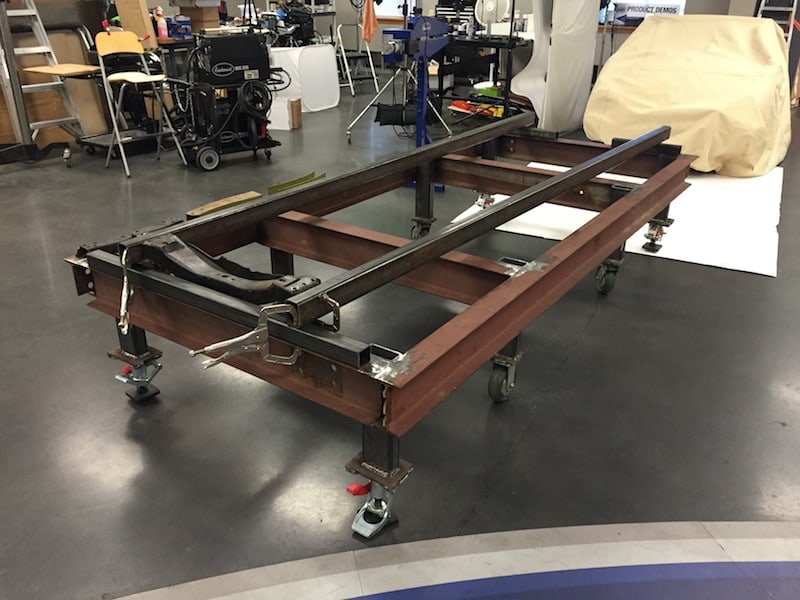 I was going to use an original Model A frame, but by the time we straightened it (every “A” frame is tweaked or bent some), and cut it up to modify and box it, we were into more work than building a frame from scratch. I decided to build the box tubing chassis in such a manner that it’s done tastefully and doesn’t stick out like a sore thumb.

I started by ordering up some 3″ x 2″ x 1/4″ box tubing for the frame rails and rough cut two pieces to length. For my build the 1/4″ wall thickness was probably overkill, but I decided to use it for diversity in case I ever wanted to change the drivetrain to something larger and heavier.

Also, the heavier tubing has a more gentle curve on the outside of the tubing that I like better. If you’re building something lighter weight like a Model T, a little speedster, or even an A with a V8-60 or the original 4 Cylinder Banger you could get away with thinner wall tubing to save some weight, but you can’t go wrong with the heavier wall tubing. 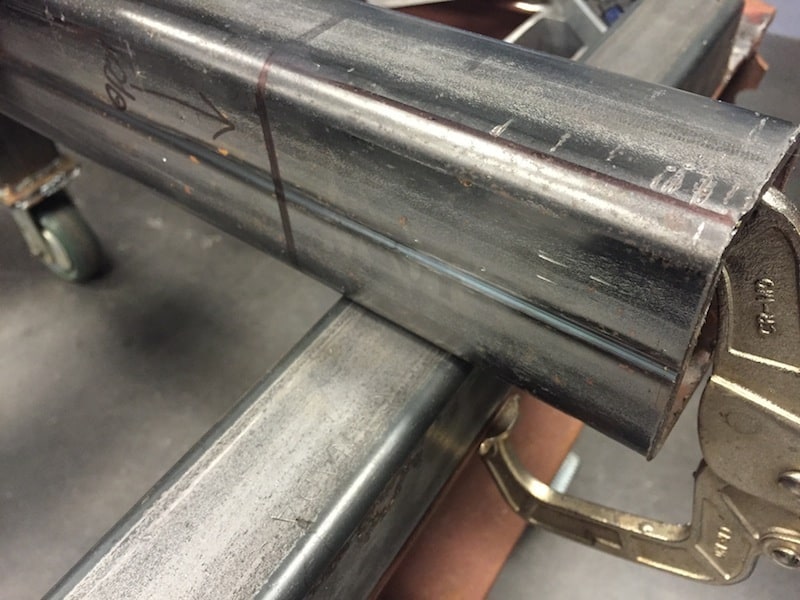 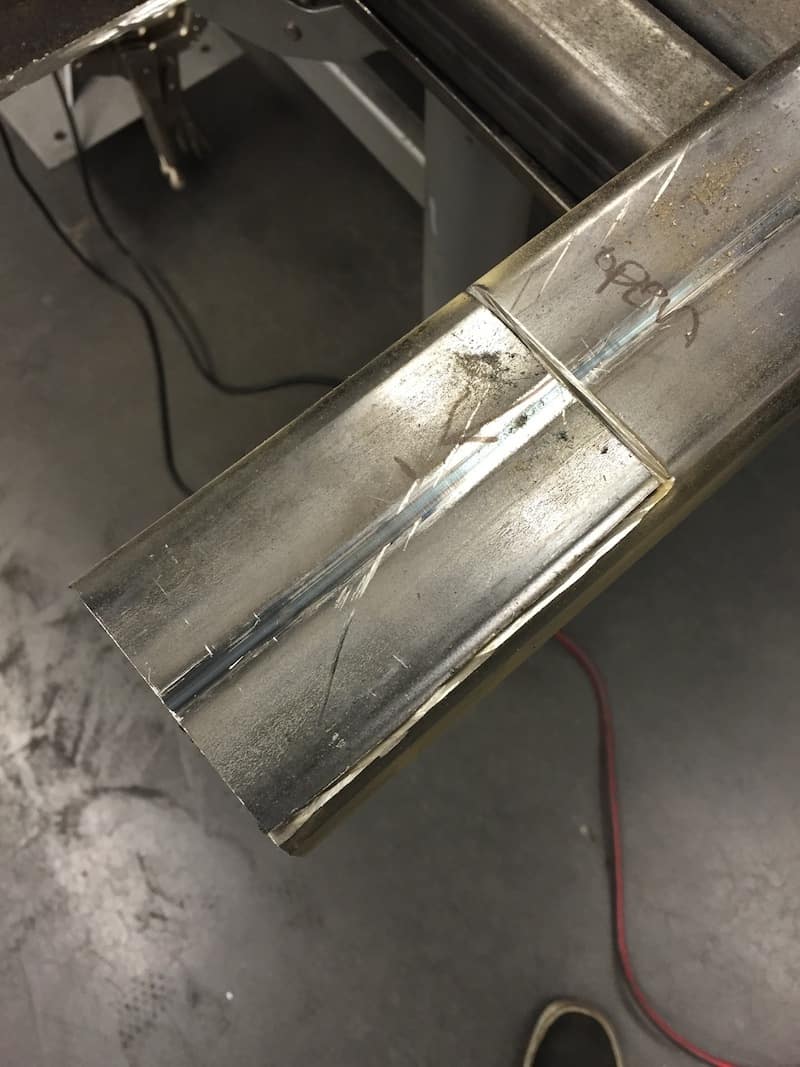 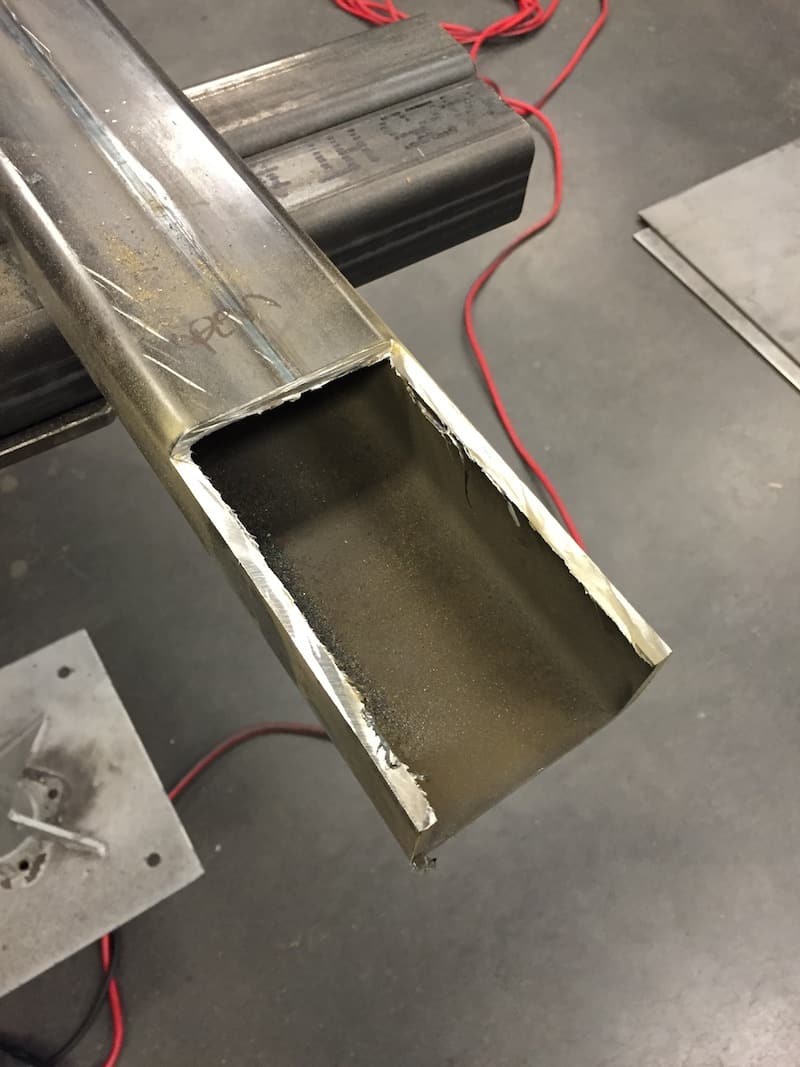 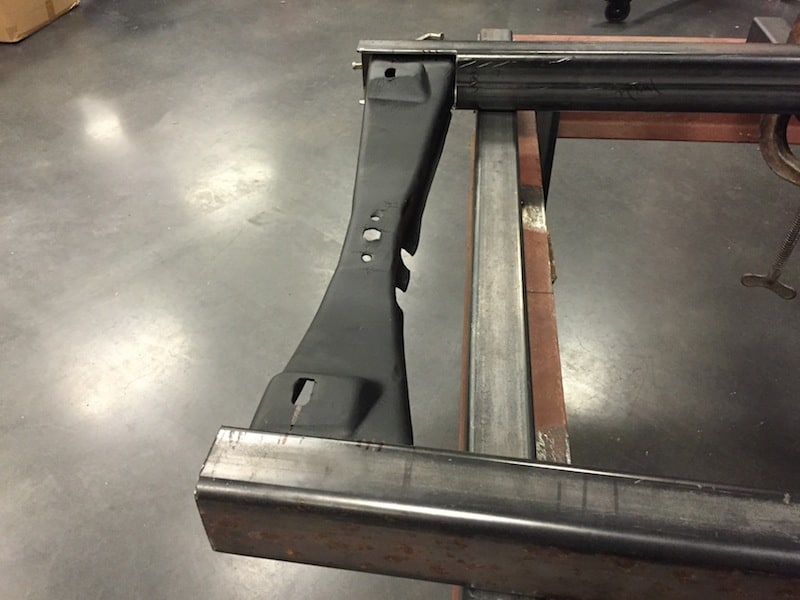 With my tubing laid on the table I decided to start from the front of the chassis and work my way back. I started by putting the table on a nice flat spot on the shop floor and adjusting the table until it was level everywhere. I then printed out stock Model A and 1932 Ford V8 frame specs to use for guidance when laying out my chassis.

Even though I’m going a custom route it helps to have some factory specs to go off of and keep you in check when getting started. I’m using a stock Model A front cross member so I marked and cut out the inside of the box tubing so that the cross member could slide in on each side.

I left a little bit of material in the front to add a pair of factory A frame horns.

How To Notch Tube With An Angle Grinder

November 29, 2018 Roadkill Customs How To & DIY, Metalworking Basics
Learn how to notch tube using only an angle grinder. [More…]