How To Steal Your Next Car: From Counting Cars’ “Mack Daddy”

Las Vegas shop owner Danny “The Count” Koker has made a name for himself buying, selling, collecting, and fixing up hot rods and motorcycles, as a part of the History Channel reality show Counting Cars. With his rock-and-roll persona and outlandish way of doing business, he often finds deals on cool hot rods. 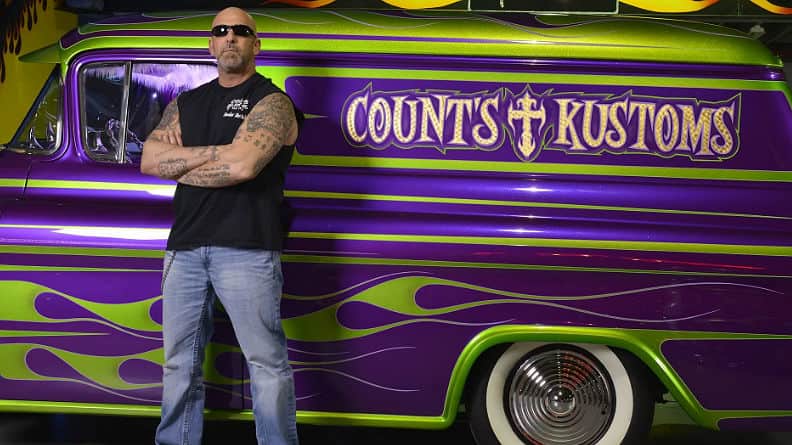 Kevin “Mack Daddy” Mack is Danny’s right-hand man who helps run the shop and buy projects. He sat down with us to share hard-learned advice on how to buy hot rods on the cheap…

Once It’s for Sale, It’s Too Late:

“Once a ‘For Sale’ goes on a car it becomes high-dollar,” that’s Danny’s motto. “If you buy them before that, then you get a deal, because that person wasn’t intending on selling it. So you’re catching them off guard, and you’re getting a better price. As soon as they start thinking about their car and what they want for it, then the price goes up. They’re always going to ask more than what it’s worth and then maybe come down to what it is actually worth through negotiation. In this economy and car world, you never know something’s value, it’s all about what someone is willing to pay for it. But, if you catch someone off guard, they have a sort of spontaneous reaction, and you end up getting the car for less.”

“Let’s say, for example, there is this unique car you want to buy, but it’s not for sale. Sometimes you’re going to pay more because that guy doesn’t want to sell it, but that doesn’t happen very often. Danny has a collection of cars and for someone to buy one of his cars—he doesn’t sell his cars—they’re overpaying. They have to have it more than Danny does. It all depends on the car, too.

“For Danny, those are his kids, he is a different animal. A lot of car people think: well, I’ll just buy another one. That’s how I am. I don’t collect cars. If I’m not driving it, I’m getting rid of it. Danny sits with cars I can’t do that. Everyone’s different.”

“Cash is king, and in this economy people are going to take the money. Cash on hand works a lot better. The money right there up front. When people see those $100 bills, something clicks.”

“You can’t be crude. You have to respect what someone has done to their car. Never talk it down. You can merely say: I can’t pay that. There’s a way to do it. Everyone you’ll deal with is a car lover. People have emotional connections to their cars. It’s hard to describe. Unless it was this thing that got them from point A to point B, but very few people are like that.”

How To Make Curved Flanges On Sheet Metal Panels