Meet Henry Kessler and his rat rod, Gretchen; one of the coolest rat-rods we’ve ever seen and a ride that turns heads wherever it goes. It’s a black smoke belching, gasoline guzzling, animal of a car that’s not only amazing to look at, but has some cool hidden engineering and the ability to surprise even the most hardened of motor-heads.


Gretchen’s heart, a straight-6 Diamond-REO tractor engine, as well as the transmission and rear tires were ripped out of a 1951 White’s water truck. It’s engine makes 275 horsepower, a monstrous 1,640 lb-ft of torque, and has over 1,000,000 miles on the clock. The chassis was built from old municipal light poles from the City of Hollywood. The body, that’s from a 1931 Ford. 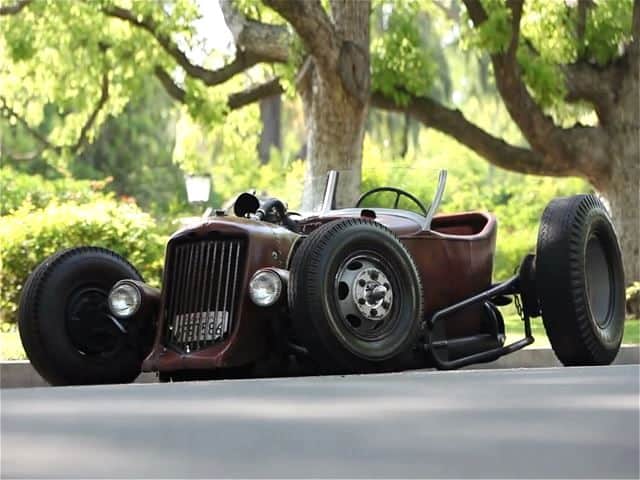 It’s the smaller details that really brought Henry’s build together and transformed it from a rat rod, to a genuine work of art. The pedals cobbled together with nuts, bolts, and an old worm gear. The headlights off a 1942 Buick. It’s air scoops made from old steel toe boots (a great idea that we’ve implemented on a few of our builds, thanks Henry). There is nothing uncool about this car. 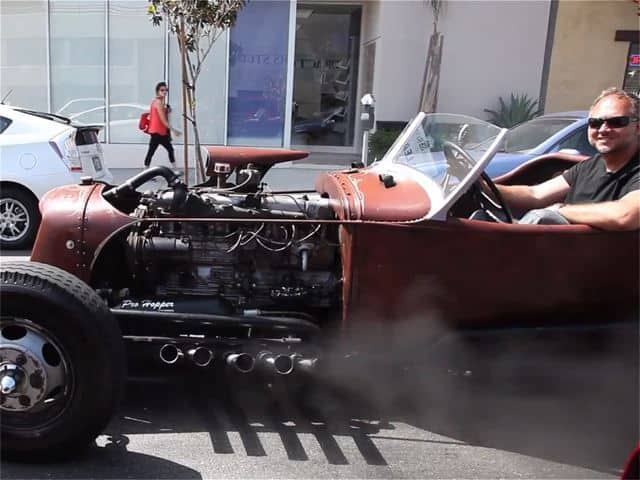 We love that Gretchen is a real deal driver, and not another big money trailer queen. Henry has a fantastic philosophy about the car – it was built to be enjoyed, not only by himself, but by others as well. Unlike many custom car owners who nearly have a brain aneurysm anytime someone breathes too near their car, Henry loves the attention and is very welcoming. Most importantly, he wants to inspire the next generation and keep car culture alive. “Your taking a picture next to my car? Why don’t you throw your kid in there?”  Now that’s the right attitude. 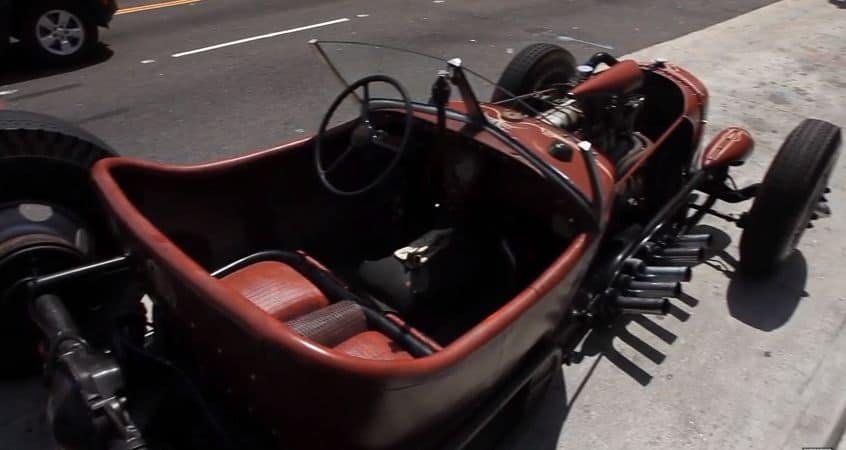 How To Make a 4L60E Manual Shifter

January 25, 2019 Roadkill Customs DIY Projects, How To & DIY
A simple device with a few switches and a salvaged connector allows direct control of shift solenoids bypassing the vehicle computer. [More…]