If you’ve ever drempt of riding the original mini-bike from the movie Dumb and Dumber, it may be your lucky day… It can be yours for entirely too much money. 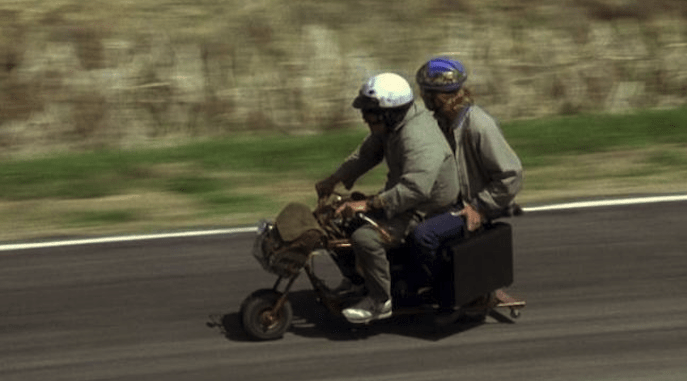 A Houston, Texas based seller has listed the mini-bike from the 1994 Jim Carrey / Jeff Daniels comedy on eBay, where, as of Tuesday morning, it’s going for more than $34,000. That’s a significant increase from just three days ago, when it was still under $10,000. According to the bid history, it appears there was a cancelled bid for $10 million. 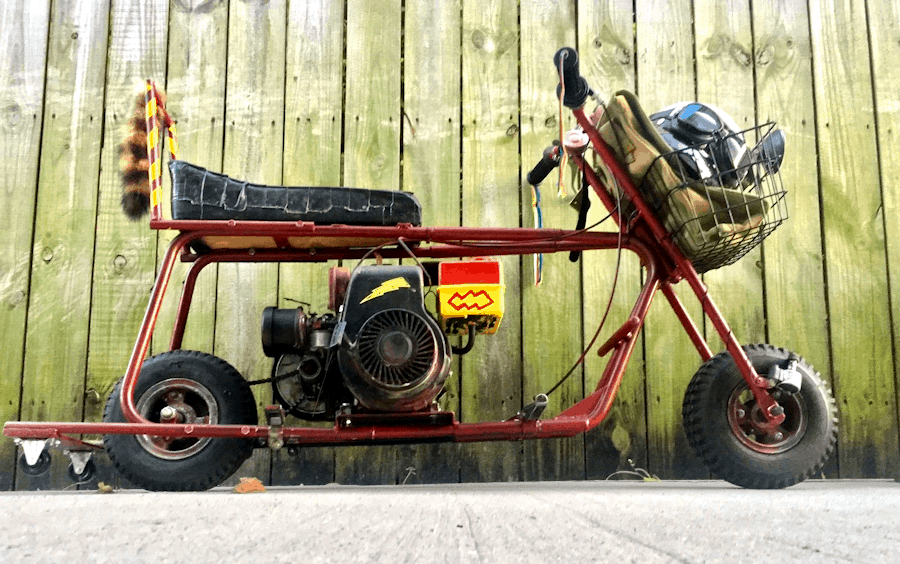 From the Auction Listing:

This one of only two existing mini bikes that were made for the original classic comedy Dumb and Dumber back in 1994 by the now late Sydney J. Barholomew (also designed the Mutt Cutt’s Van, bicycle set for Pee Wee’s Playhouse, etc).

Of the two original bikes – one was gifted to Planet Hollywood, and this one was given to the transportation coordinator from the film (Gordie Merrick) by the Farrelly Brothers.

I acquired the bike directly from Gordie Merrick (listed on IDMB & movie credits for D&D) who had it in storage for the past few decades.

I spent a little over a year slowly restoring it back to original condition.

This bike in particular was used in all the up-close riding scenes (see pics attached) with Jim Carrey & Jeff Daniels.

The helmet, bag and briefcase pictured with the bike are not movie originals, but they will be included with the bike. I also have some extra small parts that will also go with the bike(new tires, chain, grips, etc.) that I decided not to use – as to keep the bike as original as possible.

The bike is complete and in good running order now, but has not been ridden. I replaced the pulley-belt, throttle/brake inner cables, carb seals, oil, air cleaner, spark plug and fuel hose, but have all the original parts that will also go with bike.

Frame was also repainted to the original color.

Bike is located in Houston,TX but can assist with shipping (at buyer’s expense).

This would be the ultimate piece of movie memorabilia for anyone’s collection. Not as big and cumbersome as a movie car/van, so it would be very easy to transport/display. Arguably one of Jim Carrey’s best movies of all time; this one is sure to go up in value!

Will include signed and notarized letter of authenticity from the original owner. 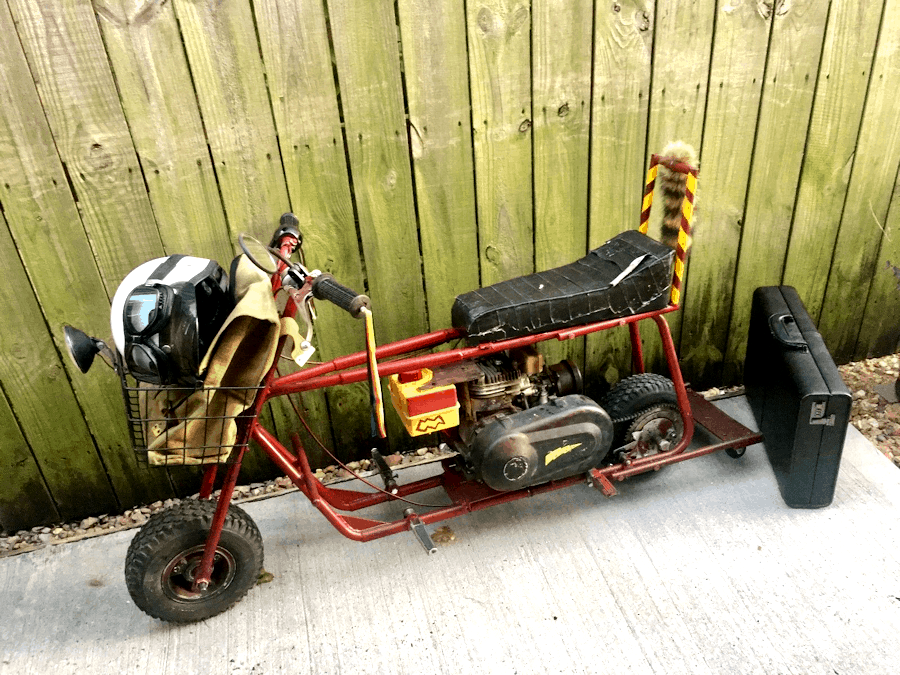 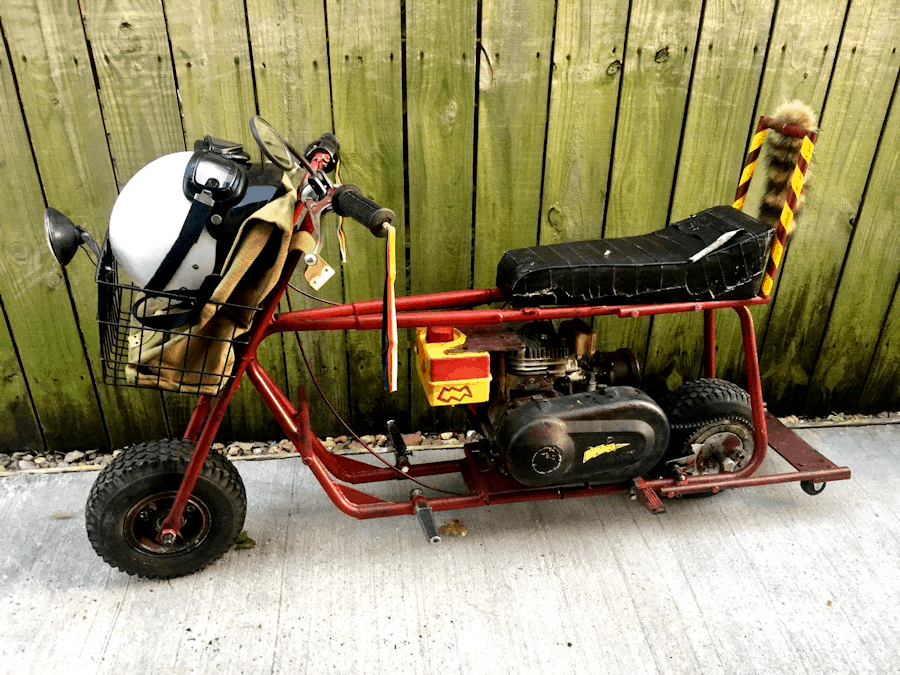 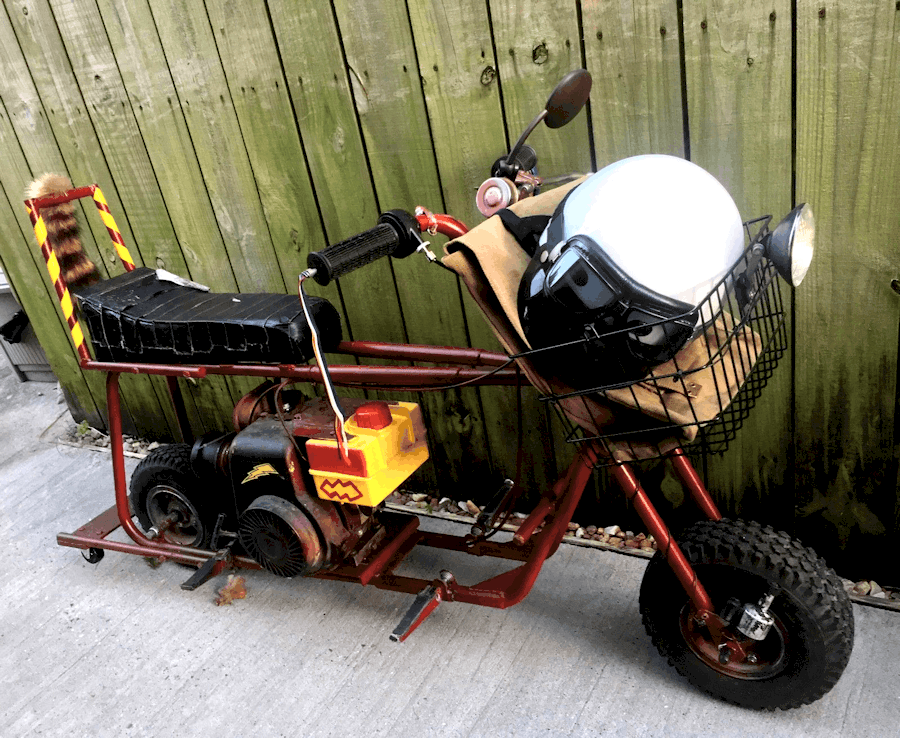 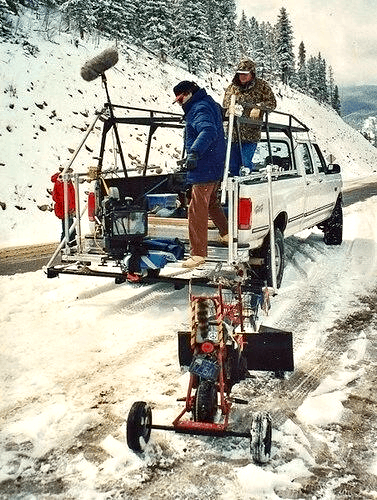 How To Use Automotive Body Filler

May 13, 2016 Roadkill Customs How To & DIY, Shop Basics
When working with body filler, whatever tools you use, the trick is to not add the last “skim coat ” till you KNOW that it is all you need. [More…]