We SWORE This was a wrap until we got up close, Boy were we wrong!

Paul Witty’s Ford Falcon looks like it was literally pulled from a barn and straight into his garage to have the chassis fabbed together and then brought straight to the event!

It’s not the first time we’ve seen an awesome patina, but more often than not these days, it’s a vinyl wrap job that merely mimics true patina like this. 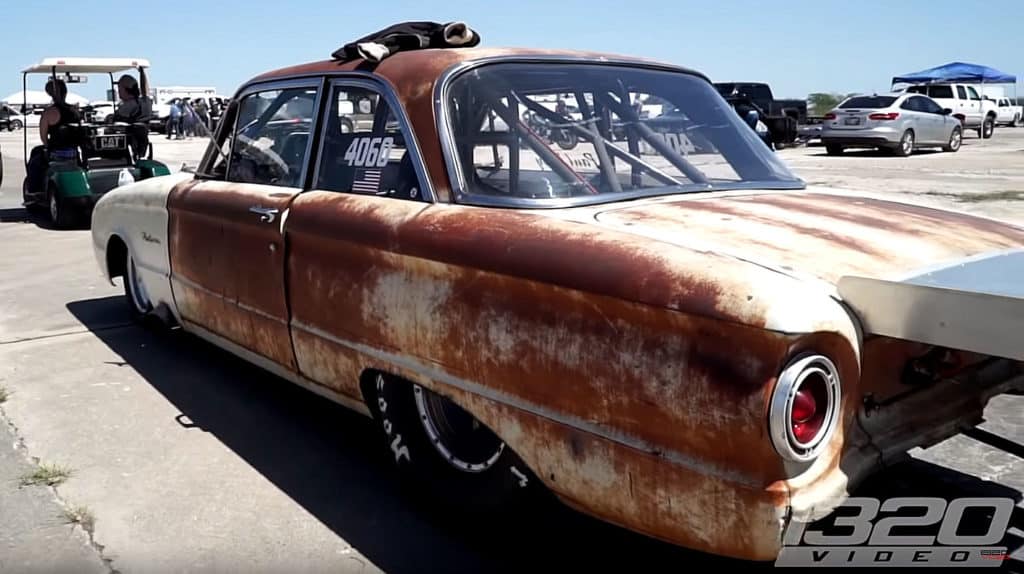 Not to mention the Big Block Ford tucked under a 1471 blower that’s towering over the hood with a menacing cowl. 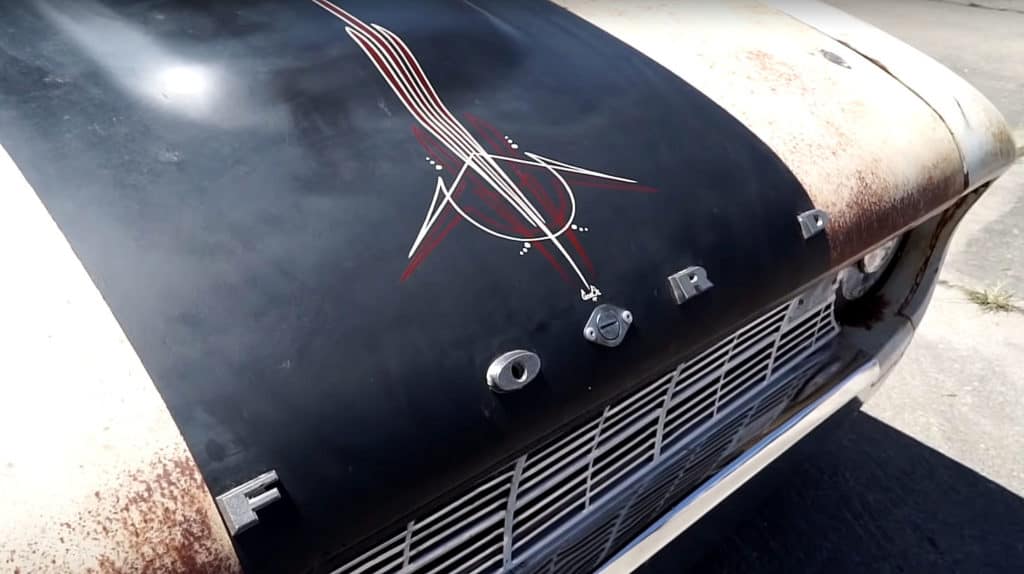 Truly one awesome display of time and effort that we were thrilled to witness, but lucky for us it was also here to show us what that ford power plant could do!

Lining up for the Outlaw class of Coffeyville’s Street Drags in Coffeyville, KS, Paul and his DIRTY bird went head to head with some heavyweight champs! Watch…

September 13, 2017 Roadkill Customs Rides & Roadkillers
Wes Smith has always been into cars, but he grew tired of cleaning his show cars every time he took them out. Then he discovered rat rods and started hunting for a Model A or a 30’s ford truck for a project. He was unable to find anything that was done the way he wanted it. So he did it his own way. [More…]

April 12, 2020 Roadkill Customs How To & DIY
Dan whips up a potion of vinegar, hydrogen peroxide and some salt in a spray bottle and matches the newly crafted panel to the body. [More…]

September 12, 2019 Roadkill Customs Builds and Examples
What took months of long days in the shop is distilled down to a high-paced video that captures EVERY part of the rebuild process… [More…]