This 1947 Chevrolet truck was built to be an autocross course dominator, and it has won several events already.

But the real story here is that the truck was built, at home by a Father and Son, for well under $2,000 — This was achieved with some good old fashioned thinking and a lot of parts most people would have junked.

The project was started with the remains of a 1947 Chevrolet 3800 truck.

The cab was gutted, the gas ax fired up and cutting commenced.

The cab was narrowed nine full inches and three inches were chopped from the top. The cowl and firewall was cut off and narrowed with the original grill, and several more inches of steel were eliminated from the bottom of the cab.

The S-10 frame was cut and welded, shortened to 101 inch wheelbase, and finally boxed end to end. The rear suspension was fabricated using a truck arm style like you’d find under a NASCAR stock car, and the whole things stands on used coil overs sourced from a retired stock car. 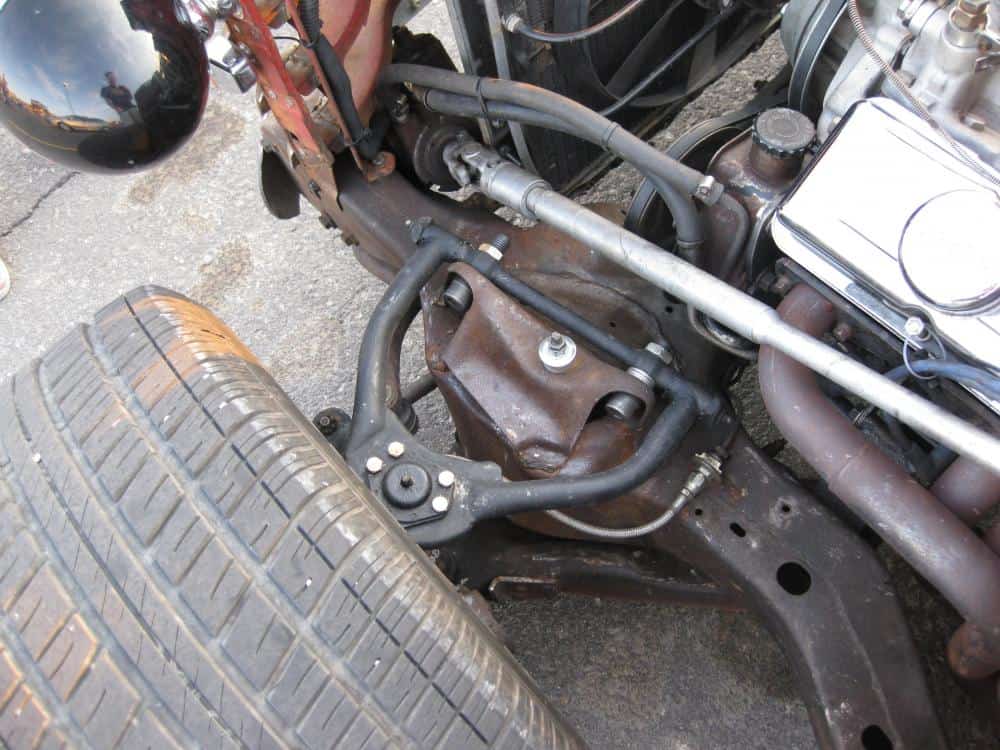 The front end is a mix of miscellaneous stock car parts coupled with RideTech Strong Arms and coil overs. The front brakes are stock S-10 and modified Camaro Z28 brakes were used in the rear.

The power-plant is a bastard Chevrolet small block 305 that was acquired on a labor trade, and beefed up with some bolt-on go-fast parts and an old school home porting job.

The original build time was about 8 months. Since then on the project has evolved to make the truck faster in order to remain competitive.

The project started with some basic parts:

’47 Chevy Autocross from the Interior

Why The Boost Gauge Is Dead

December 10, 2018 Roadkill Customs Technical Info
Gale Banks proves that the boost gauge is not the measuring stick everyone thinks it is. All he needed was a turbocharged small block Chevy, an intercooler, and a dyno. Watch… [More…]

October 10, 2018 Roadkill Customs Builds and Examples, Roadkill Muscle
After sitting since 1995, this rare Z28 Chevrolet Camaro arrived at MetalWorks in Eugene, Oregon for a full OEM restoration. The numbers matching LT1 was still present in this amazing survivor that spent its whole [More…]